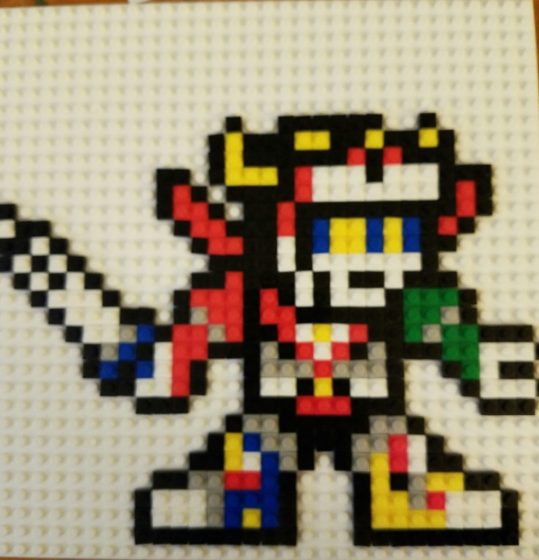 The kids and I are two episodes away from finishing the entire second season of Voltron. I love that we can watch this show as a family and get so much enjoyment out of it. Andrew dances to the theme song every time. Eva loves characters like Pidge and Hunk. Andrew loves Hunk because he is so funny. I’m a huge fan of shiro because he’s voiced by Josh Keaton who is one of my all time favorite voice actors. I had the great fortune to meet him on the DreamWorks Animation campus last year and it was an incredible experience.

We’re two episodes from the end of the season and I suspect something big is going to happen. I was given a post-mortem of the season video that I can’t watch yet. I’m hoping that tonight we can settle in and watch the end of the season. I am a bit fearful of something that may happen, something that has been hinted at online and more. I hope that it won’t happen because I know I’ll be consoling the kids after. Eva is very sensitive to these things. She was beside herself at the end of Trollhunters. She refuses to ever watch the last episode of the first season ever again. she’s quite adamant about that.

I’m going to put the video from DreamWorks below my daily vlog video. If you’ve watched second season then feel free to watch it but I must caution you that there are SPOILERS in it.

So, tonight, while I was watching TV I made this Voltron out of BRIK. BRIK was a Kickstarter that I helped fund and I ended up getting about 20 of the wall tiles and hundreds of the BRIK pieces. The BRIK website provides a ton of different instructions on how to make all sorts of things. I found Voltron, Transformers, The Legend of Zelda and so much more. I’m looking forward to actually putting these things on the walls at some point but for now I’ll just enjoy the one I made. Maybe I’ll make a Transformers one for my Big Damn Kid show.

END_OF_DOCUMENT_TOKEN_TO_BE_REPLACED 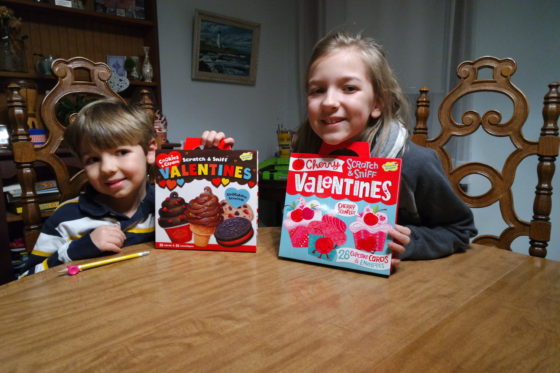 We received two packages of Valentine’s Day cards from Peaceable Kingdom to use and review.

The two sets of cards that we received were the Cherry Cupcakes Scratch and Sniff Valentine’s Cards and also the Cookies & Cream Scratch and Sniff Valentine’s Cards. These are the perfect cards for the kids to give out to their friends in school. Each card is a nice cut out shape and there is an envelope for each card as well. The kids enjoyed testing them all out and signing their names to each of the cards. They tell more about what they enjoy in the video below.