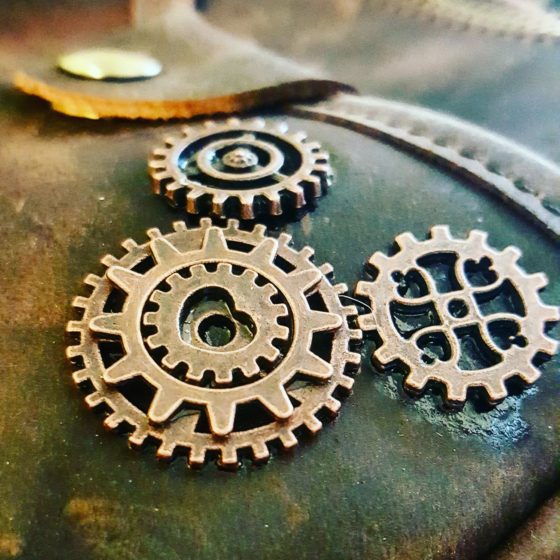 During Disney Social Media Moms Celebration there is an event with all the influencers on the Disney Dream. We were told that we should show off our best Disney Bounding during the event. I did not know what that was prior to a week ago. So I went out and get together an outfit inspired by the legendary Star-Lord from Guardians of the Galaxy.

Actually, that is untrue.

I went out to get together an outfit based on Rocket Raccoon but it has evolved into one for Star-Lord.

As the days have gotten closer to Disney Social Media Moms Celebration I have been thinking about other things that I can do to make my outfit even better. Well, I went and ordered a bunch of bronze colored gears that can be used to make things look a little more SteamPunk. I also went and ordered a part of the outfit that was just another idea of mine and I decided that to enhance it I would create a SteamPunk Hidden Mickey on that last piece. I hope that everyone enjoys it when they see it.