On our second day of vacation Tara brought up to Hi-Five Doughnuts for breakfast. This place was very cool. As with most places we visited not only did they have their storefront location but they also had a food truck. One of the things that Hi-Five Doughnuts does it they do make your own donuts. Well, they make the donut but you get to choose the glaze and toppings. They also had a variety of specialty fresh doughnuts that were already made. I selected a Homer donut, Allison one with bourbon and popcorn, Eva a Reese’s Peanut Butter one and Andrew did make your own with a bacon glaze and sprinkles. They were all very good. 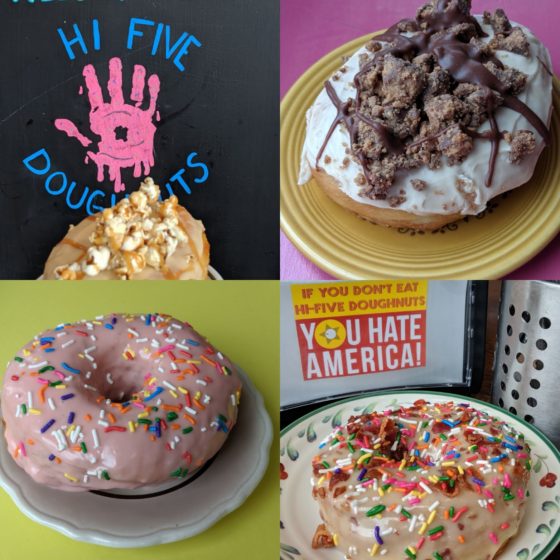 We left Hi-Five and then went searching for the Idlewild Butterfly Farm. This was a very cool place. We took a tour and got to hold all sorts of insects and learn about them. We also were able to see the butterflies that were being raised. We all liked the Prickly Leaf Insect because it did some adorable things with its hands. You can see in the video below.

I thought that there would have been more butterflies but we may not have been there at the peak time. There were certainly a bunch of cocoons that were being hatched but not as many butterflies in the outside enclosure. 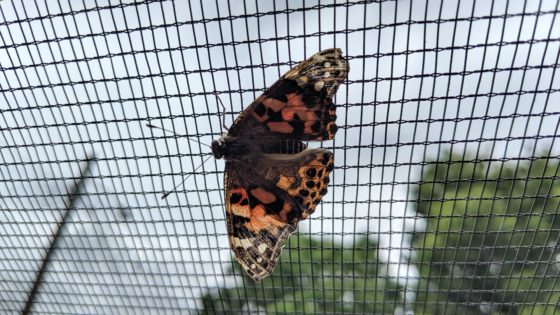 After the butterfly farm we went in search of the grave of Col. Harland Sanders. Eva had done a paper or research on things to do in Louisville, Kentucky. One of those things was to visit that particular grave. So we did. We also learned that many famous people were in that cemetery including the woman who created the Happy Birthday son and Muhammad Ali. 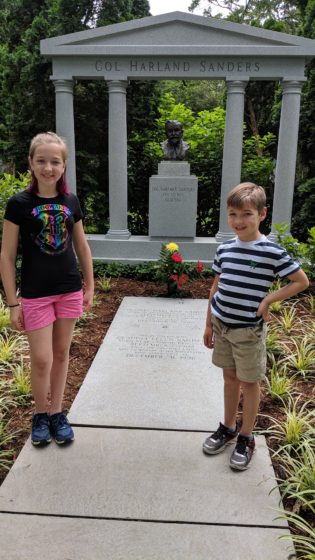