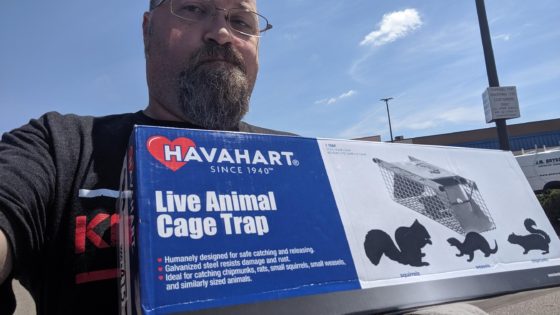 When we came home yesterday I found what I thought was mouse poop all along near the computer and the counter around the computer. The windowsill also had a bunch of it. There was a little in the living room near the toys. I figured that it was from a mouse and that the cats had taken care of it. So, I was more than shocked when I came downstairs this morning to discover that there was a chipmunk sitting out the counter. I attempted to capture it but it eluded me and holed up in the living room. We barricaded the doorway and opened a window. I left for my Krav Maga class and also to pick up a Havahart trap to trap the little pest.

Upon my return I set the trap in the living room and shut the window. I had no idea whether or not the chipmunk was in the room or not. Come to find out he was not. 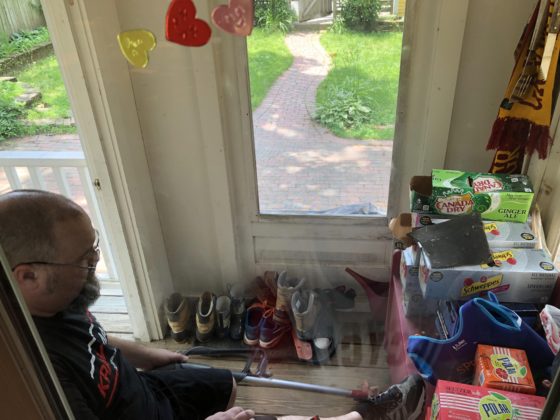 Walked into the kitchen and out to the mud porch when I saw movement on the mudporch. The chipmunk was there. It must have escaped our crack security of the living room to find its way to the mud porch. I closed the inside door and opened the outside door. I tried to prompt him out of the house with the vacuum cleaner. That did not work. So I waited and watched and tried the vacuum again. Then I stood on the bench and looked down. The chipmunk was between the wall and the bench. I took a foam sword and gently poked it. The chipmunk was startled and ran toward the open door, darted back but saw me and darted outside. I hope that is the last we see of him. I’m keeping the trap around just in case, though.