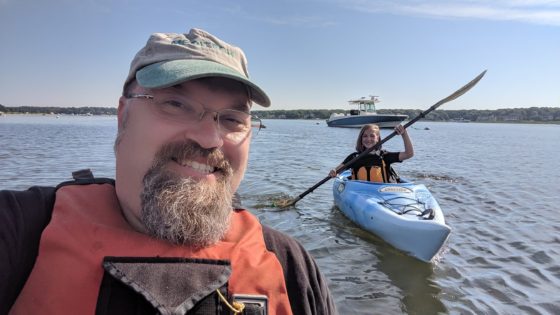 I took Eva out Kayaing today. It was her first time on her own in her own kayak. I used to take her and let her sit in her own boat but would tow the boat around. that would at least give her the feeling of being in her own boat. However, now she is old enough to do it on her own.

She used Allison’s kayak but it is nice and small so it is perfect for Eva to use. We went out early to Great Pond and paddled around in the shallows until Eva got some confidence and it felt right to her. She picked it up quickly and had a lot of fun. By the end she didn’t want to stop paddling and she had gotten much better in her skill. However, we had to get back because the kids had swimming lessons today. 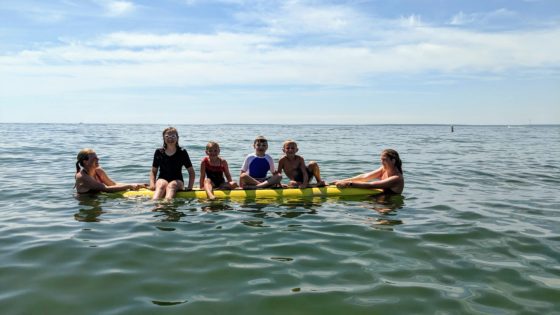 Eva will be in one class and then Andrew and Dylan in another. Kylie is supposed to be in another class but she take the class with Andrew and Dylan. Somehow she conned the lifeguards to let her go on the surfboard after class. That turned into all the kids getting a ride on it and then being able to jump off. They had fun. We spent the bulk of the afternoon out on the beach and had a nice time. 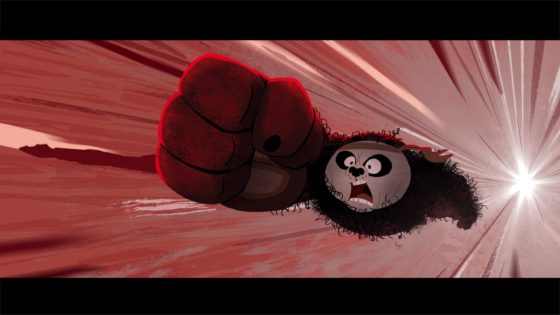 I have to admit, I’ve never watched the King Fu Panda show, Paws of Destiny. I think that my son has because he is a big Kung Fu Panda fan, but I haven’t. I like how it looks like it takes place after the events of Kung Fu Panda 3. I liked that movie a lot. I will have to get caught up on this series with Andrew when season 2 arrives on July 5th. Here is the trailer for the new season.

More about the new season below. 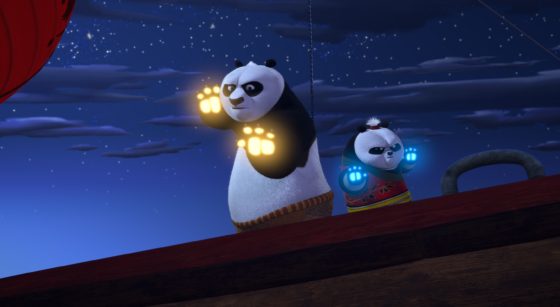 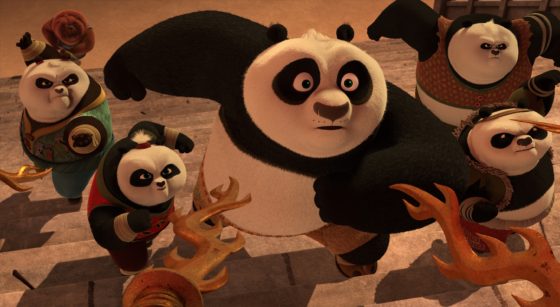 In the second season of DreamWorks Kung Fu Panda: The Paws of Destiny, Po and the now-famous Four Constellations–Nu Hai, Bao, Fan Tong, and Jing– are summoned by the Emperor to the Forbidden City. But things are not as they seem when the heroes discover a villain’s evil plot to overthrow China. And as Po finally gets the hang of being a teacher, he suffers an existential crisis when he fears the panda kids might not need him anymore. As Po learns he not only has a lot to teach the kids, but they have a lot to teach him too, the pandas must draw from their chi and all their kung fu knowledge to defeat evil in an explosive and epic battle. 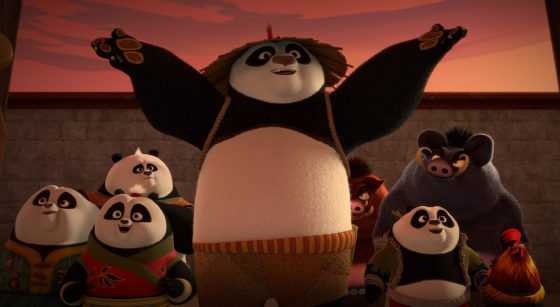