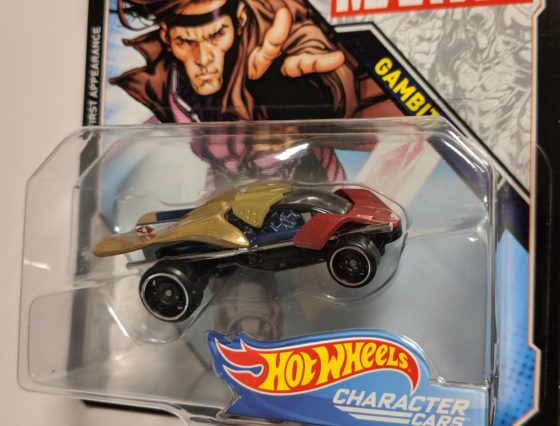 I was in Walmart today looking for the rest of the Disney series 4 Hot Wheels character Cars when this car caught my eye. I had no idea that they were making a Gambit character car. Most character cards have been from the movies. There have been very few that have been released that were not associated with a current MCU movie. I like how they designed this car. From the staff along the running boards to the aces that look like they are sticking up from pockets on the rear of the car. The whole style of the car is really interesting. I wonder what other surprise characters are going to be produced.