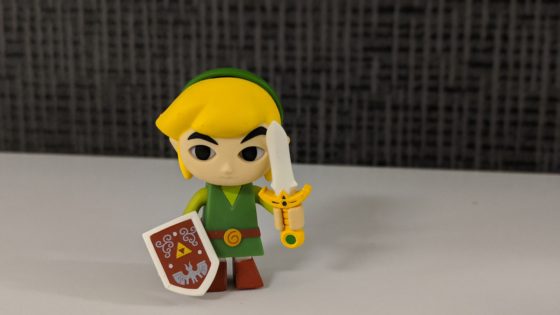 Today was a big release day for Nintendo. While I did not receive this game or a new Switch Lite I did get a little Link from The Legend of Zelda in my most recent Loot Crate. I was in Gamestop and Target today and they had big displays about this game The Legend of Zelda – Links’s Awakening. This is an update to a previous game for the Nintendo Switch. Now people can play the game also on the Switch Lite. There were plenty of Switch Lites to be found. The Gamestop had them and so did Target. There is a $100 difference between the two consoles. While the Switch is the superior one, in my opinion, the Switch Lite looks like it would be something to take the place of a Nintendo 3DS. I was thinking of picking one of for each of the kids but because I won a regular Switch at the HoliDAY of Play I may just get away without getting them anything else. Most likely they won’t be doing that much playing at the same time unless we get multiple games. So, who knows, a Switch Lite may be in our future, too.