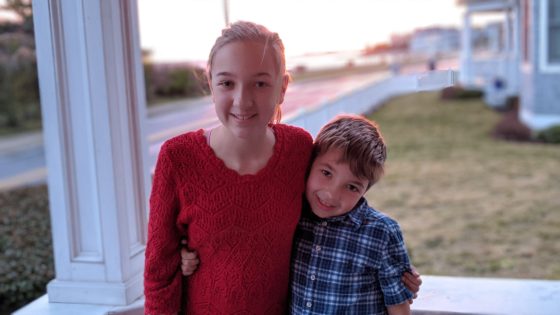 Happy Thanksgiving. We had a wonderful time staying with my parents on Cape Cod. Mom and Dad took us out to see Frozen II last night which has become a yearly tradition. whatever the Disney movie is on Thanksgiving week is the one that we see at the Cinema Pub. It is partially to celebrate Andrew’s Birthday. It is also a way to take care of dinner the night before Thanksgiving. We all enjoyed the movie very much. There is a great 80’s power ballad that Kristoff sings. Allison and I especially enjoyed that.

We had a nice day today. We spent the morning watching the Macy’s Thanksgiving Day parade and playing games. In the early afternoon we had our Thanksgiving meal and Grandpa Rick came over to eat with us. The sun went down super early but the sky was incredible. We got a bunch of great sunset shots on the beach and from the porch. We relaxed and watched the movie Noelle on Disney Plus. I hooked up our old Chromecast to the television so that we could use apps like Netflix and Disney Plus to cast to the TV. I showed Mom how to do it so that they could watch movies with it, too. The kids will use it next weekend when they go to vist for Christmas on the Cape or whatever it is called. I have never had a chance to go down for that.

Dinner was very nice and hanging out watching Noelle was nice also. Before we watched the movie we got into our new Christmas PJs. Allison picked them out this year and they are very cute. the pants are hilarious with gnomes and T-Rex dinos and more. 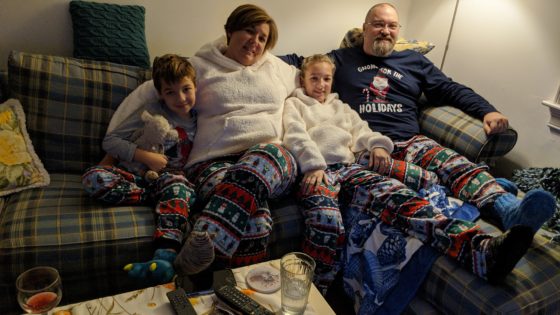