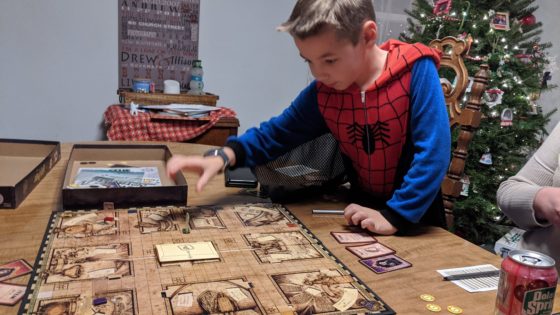 Today was National Bacon day and luckily we still had a few strips of homemade bacon from our friend Aaron. This was his first batch of bacon that he made and it was terrific. We enjoyed it very much over the Summer and that gave him the idea for us to record him making bacon again. So I helped him with that this Summer and the video was really fun. Check it out.

In the afternoon we went to see the movie Playing with Fire at the Route One Cinema Pub. One of Andrew’s classmate’s mom organized it so that we could all go together. Andrew got to see his friends and what’s better he got to laugh and be silly and enjoy a super funny movie. It was a lot of slapstick type humor but had heart to it as well. At one point a kid in the movie tried to clean a truck and well, it doesn’t go well at all. I exclaimed “oh Jesus!” a little louder than I expected to but then at a moment when the movie was quiet one of the younger brothers of one of Andrew’s classmates exclaims, “Jesus!”. He then got reprimanded by his mom. Allison shot me dagger eyes across the table. I’m a bad influence. Later on I told the mom that he got that from me and I’d gotten the kid in trouble and we all had a laugh. So, there were gasp out loud moments in the movie where I need to pick better exclamations.

When we got home we all sort of chilled out in front of screens so we decided that after dinner we would play a board game together. We played Harry Potter Clue and found out that Allison could be in Slytherin for her sneaky tricks in the game. We also learned that I have to trust what I marked down in the future as I messed up and guess wrong. It was a fun game, though.