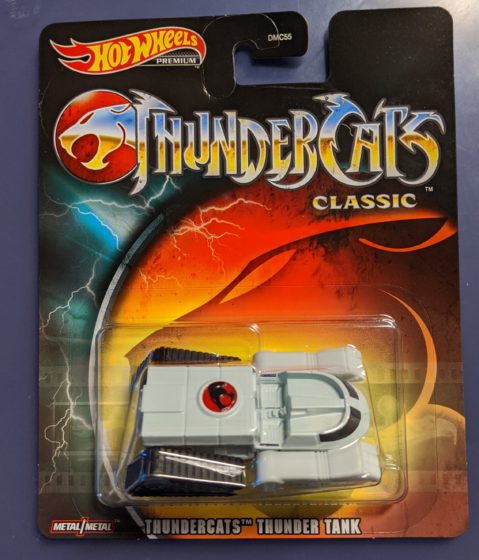 I was in Walmart before work tonight and I saw thaty they had just put out a whole bunch of new Hot Wheels including some of their Metal Metals line. I was K.I.T.T. from Knight Rider and He-Man in some sort of plane that I vaguely remembered from the show. However, the thing that stood right out to me was the Thundertank from ThunderCats!! I loved that show so much and the coolest vehicle ever was the Thundertank. It had everything and always looked so tough going into battle. I really wish that the show was still free on Amazon.com because Andrew got a kick out of it when he was much younger but we didn’t get to finish the series together. I think he would have enjoyed seeing all of it.