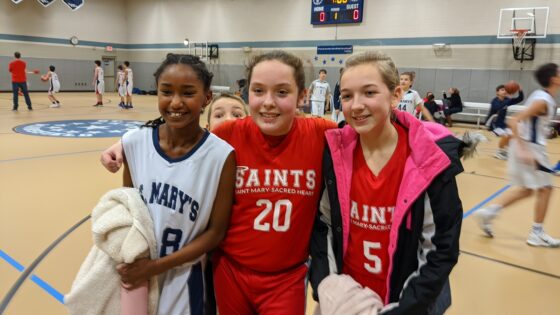 Eva continues on her basketball journey for the year. She is in three local tournaments right now and the one she was in tonight was single elimination. Unfortunately the girls did not win. However, Eva played against one of her former classmates and good friend. They were so excited to see each other that it didn’t matter very much that they did not win. She had fun.

However, the other team had a player who did not play fairly and she laid out one of our players. The refs didn’t even call a foul and it was super blatant. Luckily our player was okay but she got a really tough knock from that other player. Evan I shouted ot something. Not inappropriate but something.