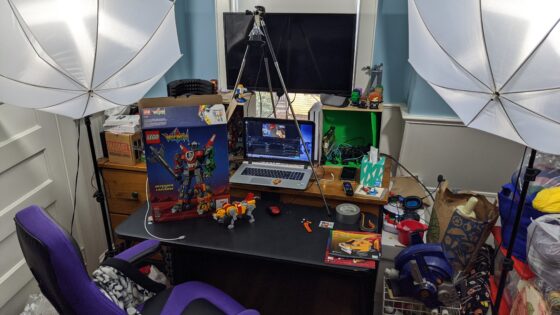 My studio is open for making videos. I have decided that I will be livestreaming my LEGO builds each day at noon. This week I am building the VOLTRON LEGO Ideas set. This came out a while back but I didn’t get it right away. I finally did but it with Christmas money and it has been sitting in the office. So, since we are all home with the pandemic happening I figure that I’d like to spread a little LEGO joy each day as I build this set. I have done one day so far and that was of the Left leg of Voltron or rather the Yellow Lion, Hunk’s Lion. Building this made be remember the time when I was on the DreamWorks Animation Studios Lot as a guest of Netflix. I got to meet the cast of the show and interview them. I even got to do some voiceover in a real recording studio! It was a very fun time. 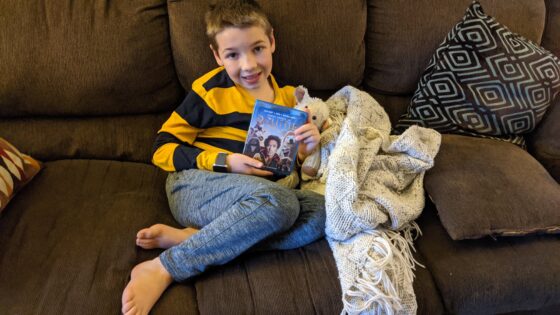 We received a free copy of DOLITTLE on Blu-ray from Universal Pictures Home Entertainment to watch and review. Opinions are our own.

Tomorrow you can pick up DOLITTLE on digital and enjoy a delightful movie with Robert Downey Jr. and a cast of endearing characters.

We watched this movie together as a family earlier last week. Each of us found it to be very enjoyable. Allison and Andy had already seen it once before in the theaters. Eva was off with friends and so it was a good time for Allison to take Andy. Andy has said that he wants to be an animal rescuer some day. That may mean working at the animal shelter or as a vet, not quite sure, but we do know that he loves animals and this was a movie right up his alley.

Allison wasn’t sure how she would like ti but she found it to be a cute story and much better than she had anticipated. Both Eva and I enjoyed it when we saw it for the first time. My favorite character was Yoshi the Polar Bear who is always cold and who is voiced by John Cena. He always cracks me up in movies. Robert Downey Jr. was delightfully strange as titular character DOLITTLE.

This is a different story of Dr. Dolittle than I have ever seen. This is an action adventure story with a man who can talk to animals and who also travels with them. The cast was full of surprises and fun performances by people such as Kumail Nanjiani, Rami Malek and even Tom Holland. Fun action, lots of humor and a good cast makes this an entertaining ride. More on the movie below.