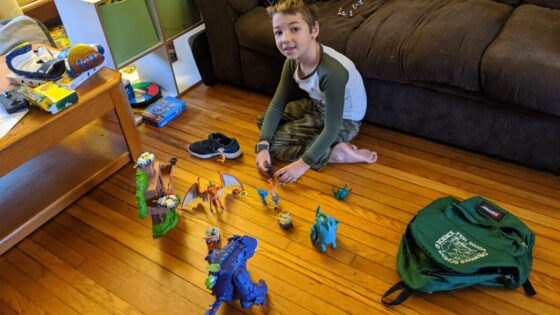 Back on April 17th Jakks Pacific sent me a HUGE box of The Last Kids on Earth toys for free. I could play with them and review them as I wished. Opinions are my own and these are fun toys. I know that they are fun toys because I got a kick out of them, Andy played for hours with them and continues to do so and the toys are very show accurate. It makes a big difference when care is taken to make the figures look like they do in the show. I do wish, however that there were larger figures of the kids. More like 3.5 inch Action Figures or larger. The size they are is great for imaginative play and use with the monsters and the playset. I guess if you want to have the right scale then if you make the kids bigger the monsters would be huge.

The monsters have great detail and action areas. Each one has a weak spot so that they can be knocked over with a disk shooter. The different disk shooters are a hoot. They also take into consideration the show. Each disk has a feat of apocalyptic success on one side and a makeshift weapon on the other. I do want to make it known that the kids do not go around killing zombies. The mess with them but do not kill them because they used to be people. The kids either avoid the zombies or steal their hats and stuff. They did capture one and use it as bait in the second season. I have a full review of the toys in the video below.

Once I had completed the review Andy wanted to play with the toys. He especially loves the Louisville Slicer, Jack’s major weapon. With it he helped to fell Blargh, the big bad of the first book and first season of the show. The Louisville slicer is cool because as you play with it you get to battle more and more monsters. Andy loves that. He got pretty far. 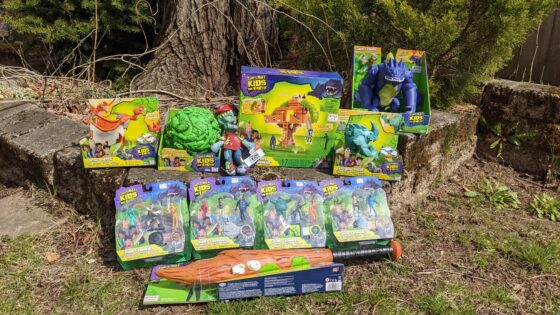 In all these are some pretty terrific toys, lots of fun and they go along great with the series on Netflix plus the book series by Max Brallier. 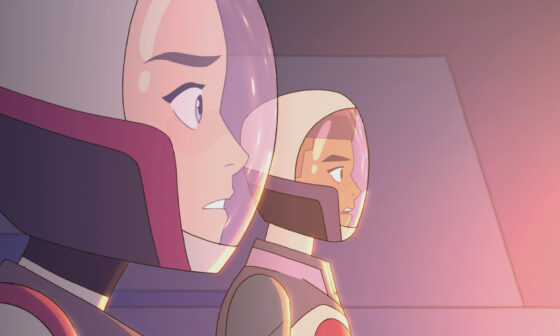 I seriously do not think that I am ready to say goodbye to She-Ra when the final season drops on May 15th. This has been a fantastic series to watch with the kids. It bridges the gap between the shows that I watched as a kid and modern shows of today. This series has been incredible and has been such a joy to watch. I got some goosebumps while watching the trailer for this season. The song is AJ Michalka’s cover of She-Ra theme song “Warriors”. There will even be a full series soundtrack available May 8.

More information on the upcoming season below. END_OF_DOCUMENT_TOKEN_TO_BE_REPLACED