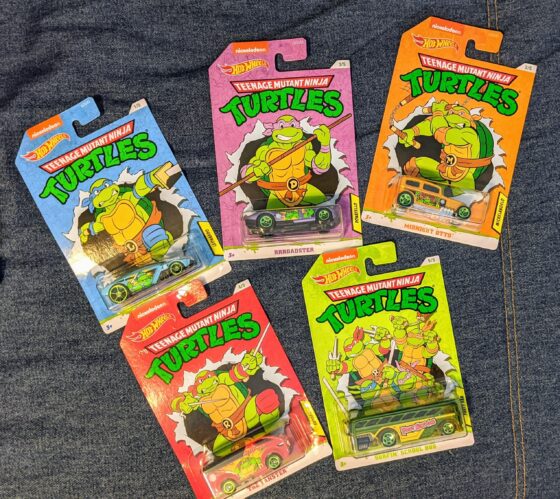 Before the Corona outbreak I was in and out of Targets almost every week and I always made a trip through the toy aisle. While there are many toys that I no longer collect there are some that I keep picking up whenever I can and mostly they are fun Hot Wheels cars. A few months back Hot Wheels released 5 Teenage Mutant Ninja Turtle character cars. They had the four turtles and a Shredder car. I found all of those ones and added them to my collection.