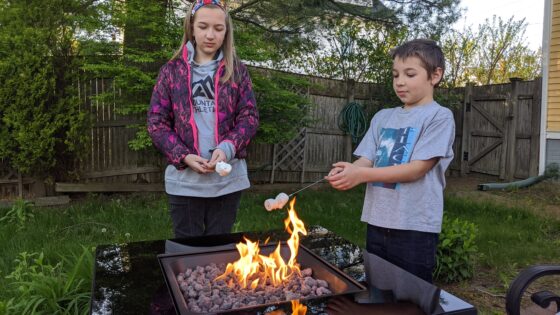 Tonight we got a chance to break in both the new grill and the new fire table. It is not a fire pit as I had called it previously. This is a propane fire table. The kids wanted to try it out tonight even though it was quite chilly and there were snowflakes falling from the sky when we went out to use it. Granted, the snowflakes were miniscule but there was snow in May. 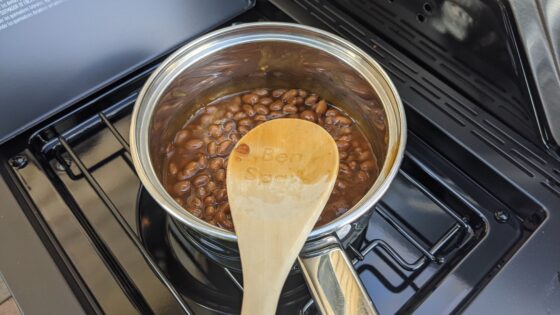 I was able to use the side burner to heat up some baked beans. I’m anticipating making good use of that side burner for many more things.

Allison sliced up some potatoes that we had gotten from imperfect foods. We started getting deliveries from them once the pandemic hit because that was a good way to get fresh veggies. What we receive is random, for the most part but we can select some things. 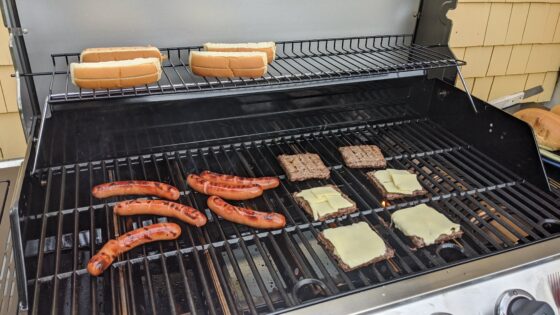 The fresh sirloin burgers from Chartley Country Store were so worth it. No more frozen hockey pucks for me. These were fresh burgers that were probably the best ones I’ve ever grilled. I also think that the Portuguese rolls made a big difference and also the fact that on this grill there is a good amount of distance between the grill grates and the heat source. It is definitely higher than my last grill.

This morning when I finished work I went out and seasoned the grates of the grill with some Canola oil. I used the last of our Lodge spray so I had to order more. That has certainly helped the cast iron skillet stay in good repair. I’m going to make sure these grates do as well.