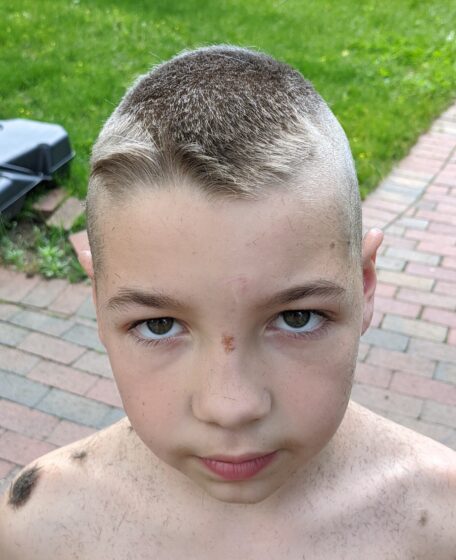 Andy’s hair has gotten super long during the quarantine and he’s been askling for a mohawk. I started out trying to give him one and ended up in my office wanting to be left alone by everyone.

When I was a kid Mr. Manzaro would give all of the boys a whiffle. That was a complete buzz cut with the clippers. He’d line us up bing, bang boom and we were all done. Then the dog got his turn. He had some major clippers.

I was using the small clippers that I have for small personal grooming like my beard and sideburns, when I used to have them. The clippers aren’t really for the whole head but there was enough of a charge to do Andy’s head. Besides, I tried to find an actual clipper set and that was as scare as toilet paper.