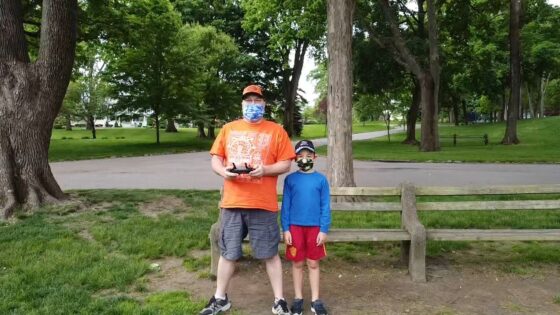 Yesterday I picked up a new drone. I bought the Mavic Mini. I had been thinking about this drone for some time and yesterday while I was out shopping I thought to stop by Best Buy. However, Best Buy is only open for curbside pickup. I placed the order for the drone on my phone and was able to pick it up within a half hour. It was a really efficient system.

This morning Andy and I went over to Capron Park to fly the drone in the big field. We walked over and discovered that I had forgotten a crucial wire for the remote control to connect to my phone. So we walked back over and then the drone had to update the software and do a few pre-flight things and then we were off. I flew it around the park for a while and then Andy wanted to get home. So, we walked home and I flew around my backyard for a bit and took this photo below. 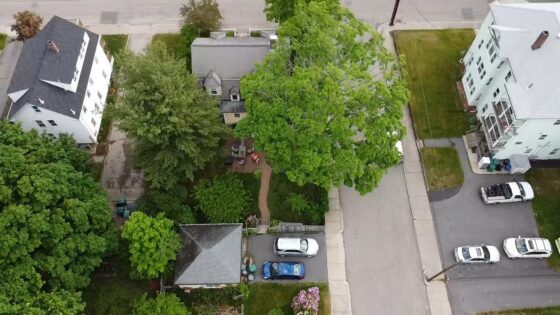 I’m still figuring out all the controls for the camera as well as being able to fly the drone properly. I keep mixing some of the things up but I’m getting better. I need to put a memor card in the drone so that I can take much better, cleare photos that those in this post. These are bascally screenshots because there was not memory card. Many more images to come.