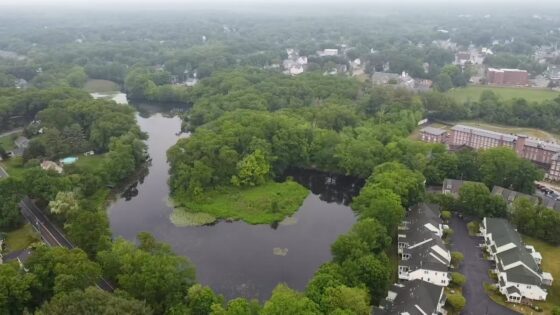 I’ve been playing around with my new Mavic Mini and today I took a long walk and ended up at Highland Park. It was nice and early in the morning so I took my Mavic Mini to see what I could see around the old country club. This has been made into walking trails and it is large and wide open so it made for a good place to practice. I did pretty well but there was one crash and it happened steps away from where I was. I had gotten the drone too close to some arborvitaes. I think I went up instead of down and next thing you know, it crashed.Luckily it was not from very high and there was no permanent damage. I can’t wait to take this to the Cape and get some great images around there. I have more to explore here around home, too. 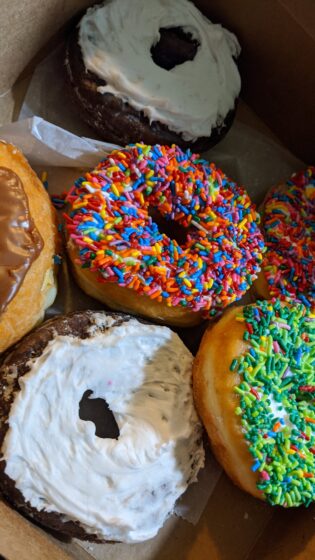 Today was national doughnut day. I still can’t figure out the difference between a doughnut and a donut. Apparently it is just spelling. But I think there is also a national Donut day. Yesterday Allison told me that Allie’s Donuts would be available at the Del’s in South Attleboro. So, after my walk I hopped int he car with my mask and waited for them to open. I was third in line but they had plenty and so I got a dozen. I then stopped at Honey Dew and picked up some coffees. I posted the donut image to Instagram and Honey Dew liked it. That was awkward. They are my go to donut place, too. So I commented back and told them I did stop there for the coffee.