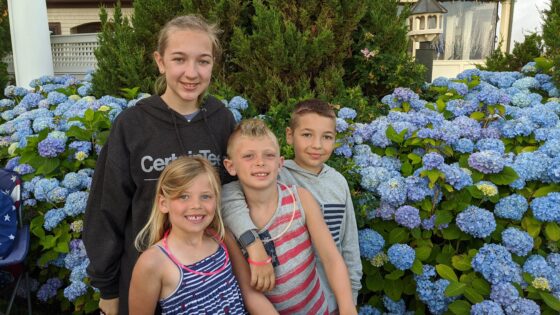 Well, the Fourth of July on Cape Cod this year was quite different than those of the past. For one thing, we did not go to the beach. The beach was not as crowded as it was in past years but with the threat of COVID-19 looming and people not social distancing or wearing masks it was the safer move to avoid being on the beach in that mix. We filled our day with other things. In the morning we walked up the hill overlooking the beach and I flew my drone so that I could capture my parents driving by with their car club. I flew from the same spot where I had taken the photo of the stairs from above back on June 25th. 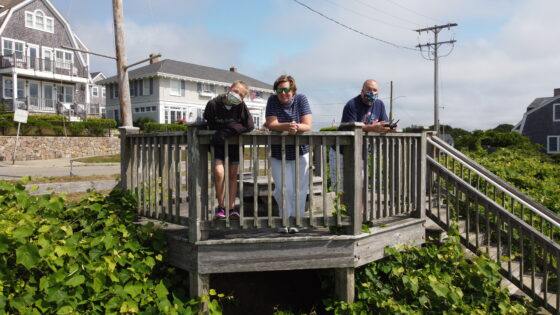 I flew my drone a lot today. A couple of times I sent it up from the porch to see what the beach looked like and how many people were over there. Late in the afternoon there was a huge group of people all together right in the middle of the beach. So, I think we made the right decision not to go over there. Andy and I worked on a STEM project that we got from STEM Lab Kids. I’ll be writing a post about that specifically in the future. It is a fun activity kit and Andy enjoyed it very much. We also played quite a few games of conrnhole in the backyard. Andy and Eva were doing quite well but my Dad smoked everyone getting several scores one after another.

We were invited across the street for a private concert by Mick and The Kid. Our neighbors invited a few people over and we watched this concert together. I flew my drone all around capturing the show from above. 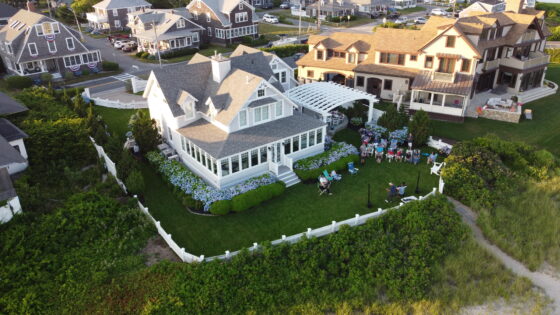 Because were were going to see that and we were going to watch Hamilton on the big outdoor screen I had to make sure that dinner was all ready and grilled on time. Dad had me pick up some burgers from Chartley and when I was there I also picked up a package of Cheese Ends. I had never seen or heard of these before. I had to get them and the proceeded to make an extra cheesy burger. We had burgers and dogs along with Knockwurst and cole slaw and baked beans.

After the concert across the street Dad and I set up the outdoor screen so that we could watch Hamilton on Disney Plus. It took a little finagling but I was able to get the right combination of tech to show it. We may do other movies another night and hopefully they are either on Amazon or Netflix because the better projector can automatically stream those platforms. We watched the play and then also got a fireworks show as there were fireworks being lit off all around us. 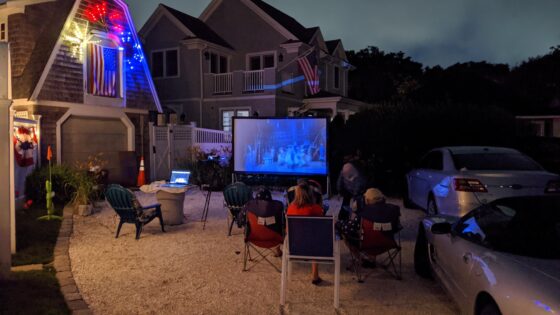 It was a different Fourth of July celebration but it was a nice one that we enjoyed as a family.