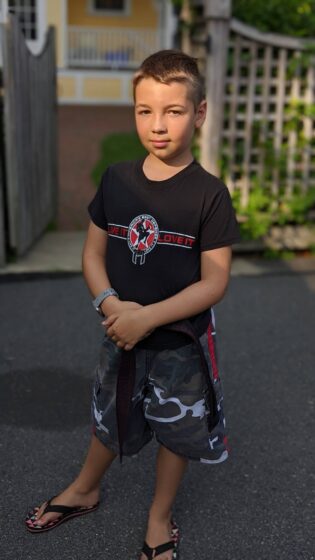 Andy and I both took our stripe test today. We both passed. We’re on our brown belt and with the brown belt things get more challenging and earning the next belt take longer. It actually takes double the time. Up until now we earned a stripe once a month for three months and then progressed to the next belt as long as we had all three stripes. Now we need six stripes to progress to the next belt. Honestly, that is fine with me because I feel that I have so much to learn before I progress again. I also feel that in 6 months time Andy will be older and by the time he is ready to earn his black belt (A year or two from now) he’ll have matured more and also improved in skill. He has improved so much over this past year and grown up as well.