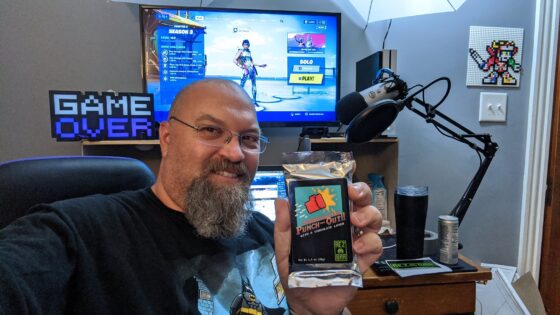 Rez Bar sent me a free sample box to try out and talk about. Opinions are my own.

I get asked to try out products all the time. Many I pass on but then something comes along that speaks to me. That was the case with Rez Bar. I received a message asking me if I’d like a case in exchange for a post to Instagram, but I liked them so much I decided to do the full treatment and add a blog post as well.

When the bars arrived I was impressed by the packaging. Each bar has a retro looking sticker on it. There is only one flavor right now called Peanut Butter Punch-Out!!.It is peanut butter based with some chocolate as well. There are lots of good things found inside the bar including: Peanuts, Peanut Butter, Dates, Tapioca Fiber, Milk Protein Isolate, 74% Cacao, Chia, Magnesium. there are also things not found in the bars: No cholesterol and no sodium, The bars are also Keto friendly, Gluten-free and Vegetarian, Organic and Non-GMO. They are also Low carb, low sugar and low calorie. 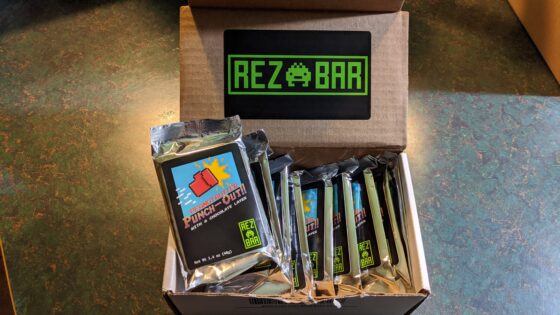 So, how about Taste?

If the taste is terrible then all that good stuff isn’t going to matter. I can say with certainty that the taste is very good. The bar may be a bit dry but that is what water is for, pour some and enjoy the bar and get back in the game. You can get a 20% off discount if you place your order and use the coupon code GETREZ20 at getrezbar.com. 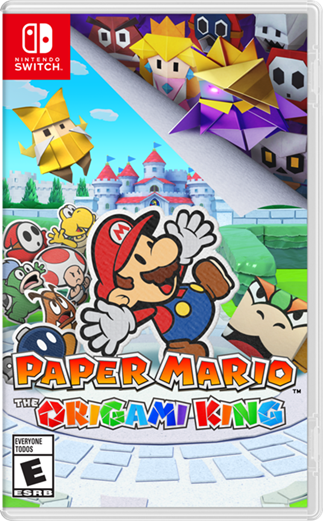 We received a free download code for Paper Mario™: The Origami King so that we could play with and review the new title from Nintendo. Opinions are our own.

I am a real big fan of Mario and have played so many games starring this little dude. I have not, however, played a game where Mario is all made out of paper. This is not the first incarnation of Mario as a paper figure in a video game, though. It is the first one on the Nintendo Switch.

In this game you have been invited to Princess Peach’s castle. Just before you and your brother, Luigi arrive the castle is transformed and moved by the Origami King. He’s even made Princess Peach into an Origami figure and she now has a pretty nasty attitude. She’s out to get Mario and is in cahoots with the Origami King. Say it ain’t so, Peach! My suspicion is that she is not evil now but under some sort of spell that has to do with becoming an Origami figure. 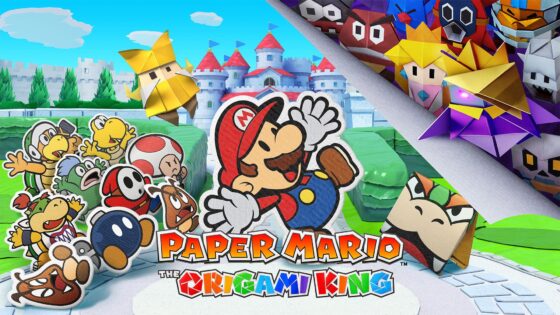 Gameplay is not overly challenging. It is more of a challenge to find everything that you need to find as you explore the world. As Mario explores he can fix damaged areas by throwing confetti all over the place. You can find plenty more by shaking the Origami trees. Sometimes there are things that are out of Mario’s reach and for that he needs to use his new ability, the 1,000-Fold Arms. With this ability Mario can grab things and manipulate them. He can tear paper and accomplish other tasks. 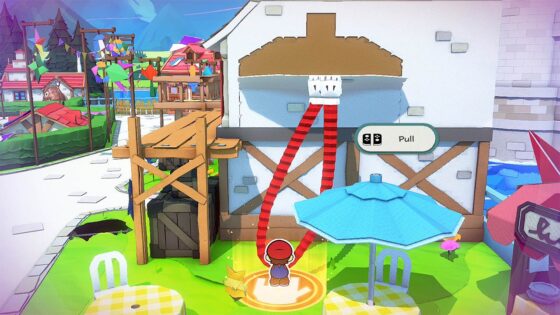 Mario has a different way of fighting in this game. The bad guys attack him in waves but Mario can line up the villains in order to pull off some chained together attacks. This s where the challenge lies. Determining the best location for the enemy so that you can cause the most damage and avoid damage to yourself. 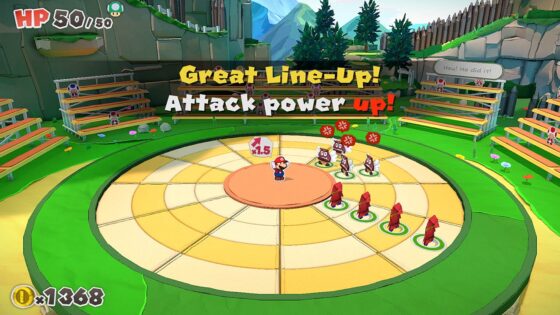 Mario is aided on this new adventure by Olivia who is the sister of the Origami King. You journey through this new world together and Olivia helps you find lost characters, use the 1,000-Fold Arms ability and more. No one is safe from King Olly as he plans to refold the world. He’s already gotten Bowser and many other characters. Friends and foes alike have been refolded and it is up to MArio to find them all and save them but also to save Peach an her castle. Is he up to it? Are you? 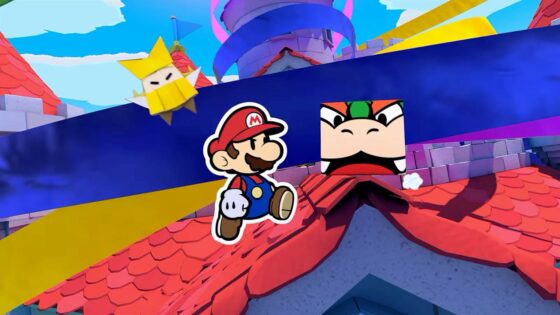 You can pick up the game in the Eshop or you can get the physical game. If you are looking to buy either on Amazon.com please consider using my affiliate links below.