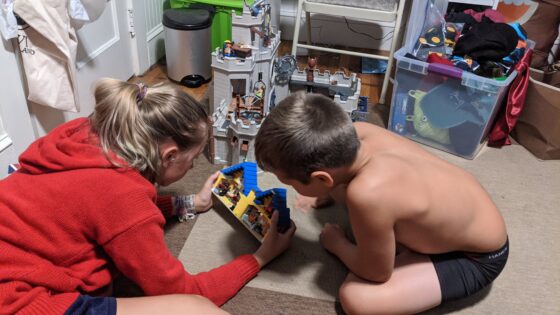 With the kids being home every other day and at school the other days we have to get creative with what to do in the time between school. Andy has spent a lot of time in front of a screen and I suggested that he do something else and he said that he had no projects to work on. I reminded him that he had Emmett’s house from The LEGO Movie. He had started that with one of his friends almost a year ago and was saving it for the friend to come back. I told him that he should just build it and enjoy it because we don’t know when that friend can come back. So, he spent the afternoon building and not on screens. Then he showed everyone how it worked right before bed. He was very proud of his work. I may have to bring in the giant LEGO container for him to use. He likes being able to make whatever he wants and not so much look at the instructions.