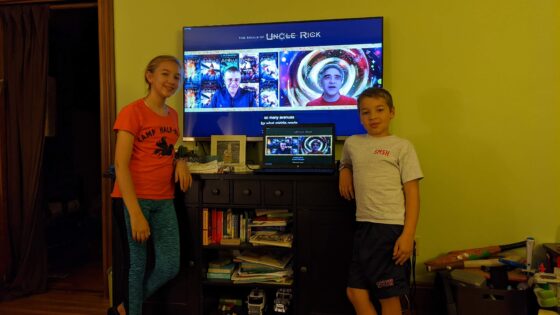 Tonight we attended a special virtual event for Eva’s Birthday. We bought tickets earlier this week to see Rick Riordan speak about this most recently released book. The Trials of Apollo: The Tower of Nero. This is the 5th and final book in the series and is the 15th book in the Percy Jackson world. Fifteen years of this story coming together in this last book. Eva is so excited to finally read it. she has read everything that Rick Riordan, or Uncle Rick as fans call him, has written. The funny thing is, she had no interest whatsoever in this series when I attempted to introduce her to it a few years ago. Then we went to the Lightning Thief musical in Boston and she came out of that a huge fan. She read all the books and has re-read them and listened to each one on Audible. We have not only the entire Percy Jackson series on Audible but also Rick’s two other series which he also wrote in that 15 year span since the release of The Lightning Thief.

We had a nice time watching the zoom session. It made Eva even more excited to get to read the book. Unfortunately I did not pre-order the physical book but instead pre-ordered the audible book. Eva prefers to read the books in her own voice first. We will receive a copy of the book with this event but I don’t know if she can wait that long to read it. 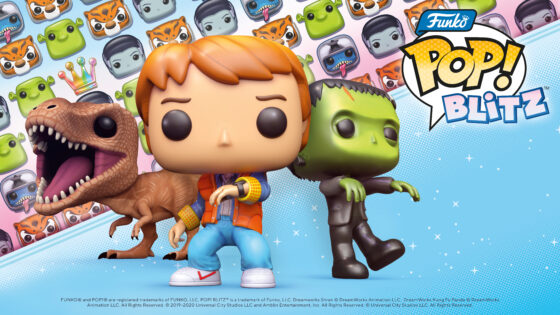 Funko Pop! Blitz has dropped today and it is a super fast paced and fun game. I have played a few rounds and it is quite enjoyable. I love all the characters that they have in the game and look forward to collecting many more. There are characters from Back to the Future, E.T. the Extra-Terrestrial, Jurassic Park, Jurassic World, Shrek among many others, plus special events featuring holiday-themed characters and more. You can read the full pres rlease below after you check out the trailer.