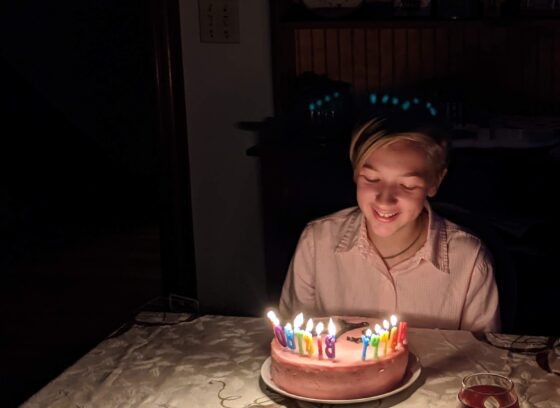 It does not seem possible that time has passed so much that I now have a teenager living in this house. Weren’t you just born? Weren’t we watching Mary Poppins for the 50th time just the other day? Princess dresses and tea parties. Going to your first Free Comic Book Day? These things just happened, so how is it that you are already growing into a young woman with big thoughts and ideas. How is it even possible? 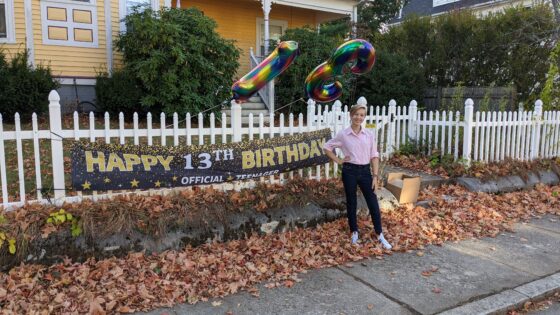 Possible or not Eva is now a teen. She had a fantastic birthday with our traditional birthday breakfast. That was after her Facetime call with Auntie Tara and Uncle Erik and opening the gifts that Auntie Tara got her including some sweet new shoes. Converse All-Stars, of course. Then we went to NorthWorks and she got a huge meal. While she ordered pancakes they brought her French Toast and she gave it a try. She discovered that she liked it a lot. Then I brought her to dance and we had a nice conversation along the ride. She had a special Zoom session to discuss the play Six in the after noon. Then the birthday parade followed by dinner from her favorite Chinese Food place. We were joined by Mem and Grandfather, Auntie Shelby and Kylie plus Miss Colleen. Allison made a special Eiffel Tower cake and the decorations were Paris themed. We watched the second half of Enola Holmes on Netflix and then watched a reunion show for the cast of Six. So much happening in this one day.