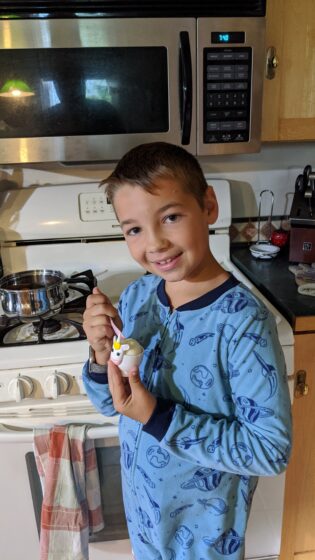 The other day Allison took Eva to the Mall so that she could meet a friend and visit a couple of stores. She took Andy along as well and they looked for school things and clothes so they were at Macy’s. In one area they found knick knacks and totally impractical stuff. That is where Andy found the unicorn egg cup. As if his cravings for omelets wasn’t enough now he wants to have hard boiled eggs and eat them in the little unicorn egg cup. He’s a unique kid, that’s for sure. However, because of this he can now make a mean omelet and knows how to boil an egg properly. *With Supervision. 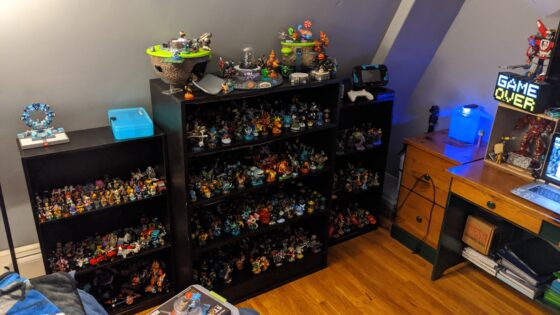 We had a few things going on today. The kids were on their home day for school and while they were home I built two new bookshelves. These go on either side of the current bookshelf that is filled with my Skylanders toys. The new bookshelves were filled with Disney Infinity in one and LEGO Dimensions and Light Seekers in the other. The one franchise I could not add was StarLink. I almost wish they have give just one more shelf to each unit and I would be all set. So the extras of everything go into a couple of boxes. Still got some more to do here in the office but it is coming together nicely. 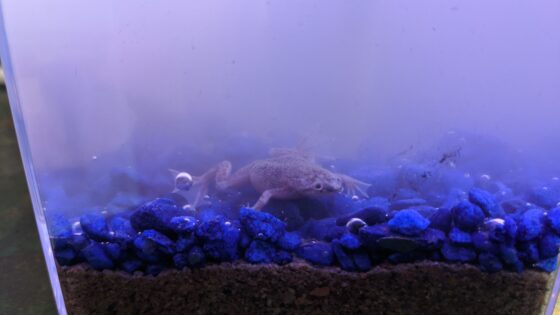 We also had a special delivery arrive today. We received two African Dwarf Frogs from Froggy’s Lair for free for a review. I saw them at Toy Fair and really wanted to work with them. Luckily they have a great new PR rep who works with us frequently on reviews and she asked if we’d like to participate. I was so excited. Much more than the kids and WAY more than Allison. So we have these two cute little guys on the filing cabinet of my desk. Their names are Harry Frogger and Magnus Hoppington Chase. There will be much more on them soon.