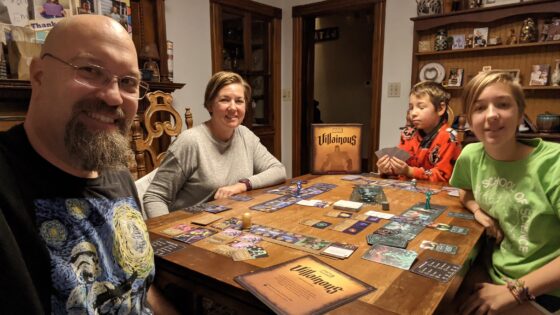 Ravensburger provided us with a free copy of Marvel Villainous: Infinite Power to play and review. Opinions are our own.

Ever since Toy Fair 2020 I have wanted to play Marvel Villainous. As a huge fan of the Marvel universe from comics, to cartoons, to tv and movies I thought this was an incredible game concept and I wanted to check it out. In the game you take on the role of one of 5 Marvel villains: Thanos, Hela, Killmonger, Taskmaster or Ultron. Each of these villains has an objective to complete in order to win the game and they are playing against the other villains to win. So there may be moments where you gang up on other villains or team up with the other villains to thwart your opponents. The game is a bit complicated and so our play through did not come to a complete resolution. However, we played about 2 hours and it was great to learn the game. I found that the video below was extremely helpful in explaining the game and how to play. I would recommend that everyone watch together before the initial gameplay. I think this would have been extremely helpful for my family as everyone tends to zone out as I read rules.

The game itself is so well made. The cards are fantastic and take some deep cuts into the Marvel Universe. They are so unique to each villain and take into consideration their main powers, heroes and allies that they have as well as specific items. Each villain has their own guidebook on how to complete their objectives. For instance, Thanos needs to gather all six Infinity Stones. So as he collects them he becomes even more powerful as the game progresses. That is, if he successfully collects them. 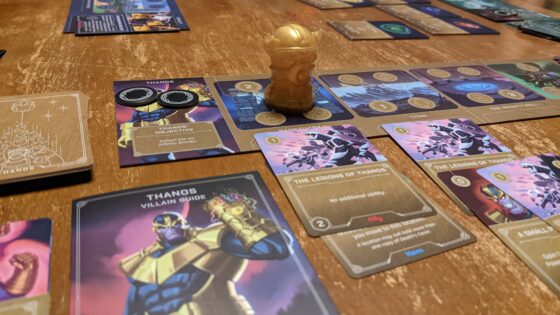 The game is rated for ages 12 and up but we had Andy playing and he was getting it pretty well. I think that once we watch the how to video again together we’ll have an even better time playing. You can play with up to 5 players and that means you can play 2, 3, 4 or 5 players at a time. The rules say that it should take 20 minutes per villain to play the game but if you are trying it for the first time allow for a longer gameplay time period. This is a must have for Marvel fans, though and if you would like to pick it up you can through our Amazon.com Affiliate link below. If you are so inclined.