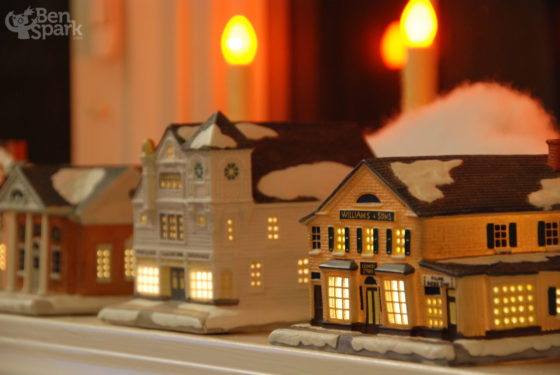 Our morning started with Church and Eva was in rare form. She wanted to sing today. So she sang Alleluia… loudly. We are so lucky to be in the Church that we are in because Fr. Dave completely rolled with it. He said that the choir might have a new member but she only knew Alleluia so far. Eva wasn’t to be upstaged or limited because she then sang Hosanna later. She was cracking up everyone around us and since it was Church it was even harder not to laugh. She turned to me and said, “When I sing Hosanna you are supposed to laugh”. So hard not to laugh. An older woman behind me grabbed my shoulders and shook me as she laughing and told me that I need to get Eva on TV. Oh boy, we are in trouble.

After Church we ran over to my Aunt Donna’s so we could visit with my cousins as well as my cousin’s son who is a little younger than Eva. The two of them played together pretty well too. He got a little tikes grille and Eva and he played with that for a while so nicely.

Eva had a great time playing with Steve and Erin’s daughter. She is five and the two girls played with Eva’s stuffed angel bear. They also made a pizza together. the boys played downstairs and were playing Mario Bros. Not on the Wii or anything, they were doing live action Mario Bros. I love kids they are so funny and creative.

We made a delicious buffalo chicken dip and I went crazy buying tons of chips and dips. I go a little nuts when we go to parties.

It was great to spend time with our friends and catch up. We wish we could have stayed longer but the Blizzard had started and we needed to get through the snow and get home.

I was also home in plenty of time to record Geek Dads weekly with Daniel M. Clark. It started as a great show and then 1/2 hour into the show Daniel said that he wasn’t recording. Ouch! That is one of those podcasting issues that happens and so you gotta roll with it. So we started over and recorded late into the evening. You can listen to our episode Blizzards, Both Literal and Figurative.