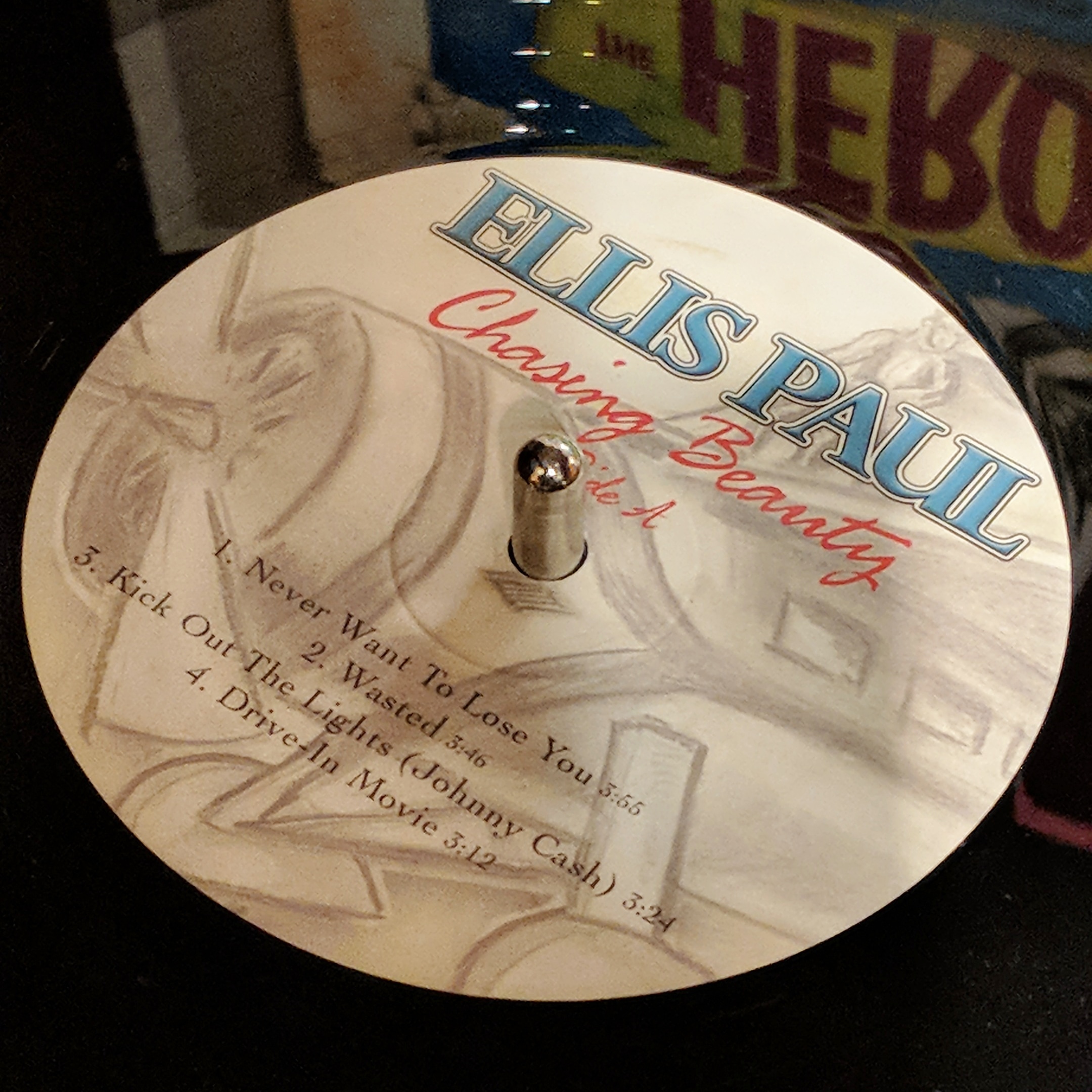 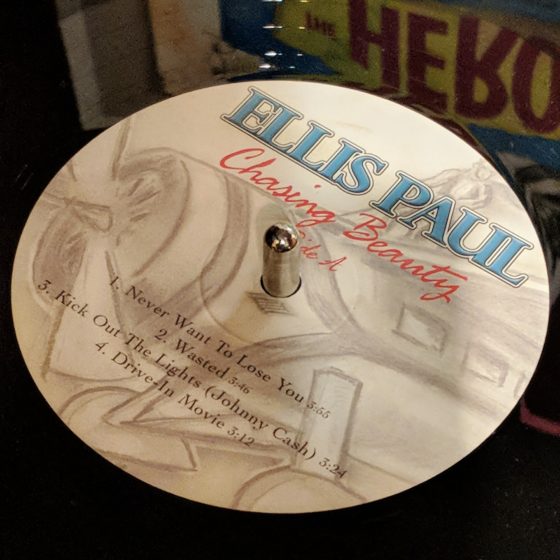 This year was one of the big ones as far as birthdays go. Allison was the one who had the big one this time around. I knew I had to do something special. I didn’t go for the big party or anything like that. Instead I set up a special night that I knew she would love.

I booked tickets for us to see Allison’s favorite singer-songwriter, Ellis Paul. We’ve been going to Ellis Paul concerts about as along as we have been together. His song, words was our wedding song and his children’s books came out the same year that we had Eva and then Andrew. Eva’s first concert was an Ellison Paul concert seven years ago at a Wareham Barnes & Noble.

When we were younger we would go to folk concerts all the time. Ellis was always a favorite. I saw that he was going to be in New Hampshire in February so I hatched a plan. I completely made a mistake about the venue I thought it was a venue that we had been to before, but more about that later. So, seeing as Ellis was going to be in New Hampshire I contacted Allison’s best friend, Michele and asked if she and her husband wanted to go to the concert with us. They were available and so the surprise’s awesomeness tripled.

I picked Allison up after school and punched the venue into my Google Maps. It was then that I realized the venue was not the same one we had gone to back in October of 2005. that was the Tupelo Music Hall in Londonderry, NH which used to be at the same exit that we would have taken to go visit Michele. Instead we were going to the Flying Goose in New London, NH. There is a big difference between the two places, namely an additional hour drive. I panicked slightly because I had figured on us getting up to the venue in about 2 hours even with traffic. And had we been going to Tupelo (where it was in 2005) we would have been there in those 2 hours. We actually stopped at that exit to grab Allison a Tea before getting back on the road for another 45 minutes north. I’m glad that I decided to punch the venue into the GPS program or else I would have gone to a building that no longer housed Tupelo (it moved to Derry, NH).

As we drove up to the show it was dark, hardly any cars, Allison is telling me that she doesn’t even recognize any of the names of the towns we are passing. She texted Michele to tell her that she was wondering where I was taking her, all the while Michele and her husband, Bob were headed to the same place. We arrived after them and I checked us in. Allison saw the Ellis Paul CDs and things. The person checking us in said that we had a party of four. I told her quickly that the rest of the party was in the bar and for her to seat Allison. I went and got Michele and Bob. The look on Allison’s face when she saw her friend was priceless. She couldn’t have been happier.

Ellis was fantastic, as always. He played many new songs and they were like old friends to my ears. Even though I had never heard them before. He has such a fantastic storytelling talent. At the end of the show we talked a bit with Ellis and bought the CD Chasing Beauty. And Michele got this photo of Allison with Ellis. She was still smiling when we got home. 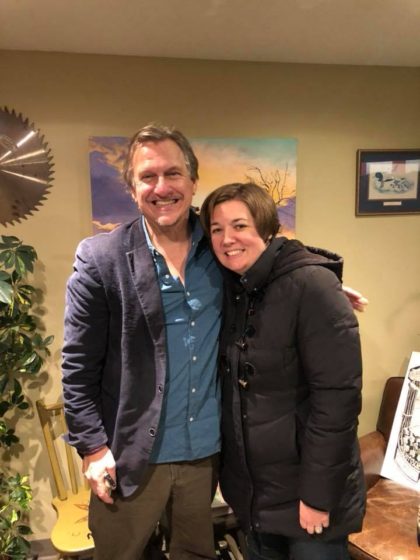