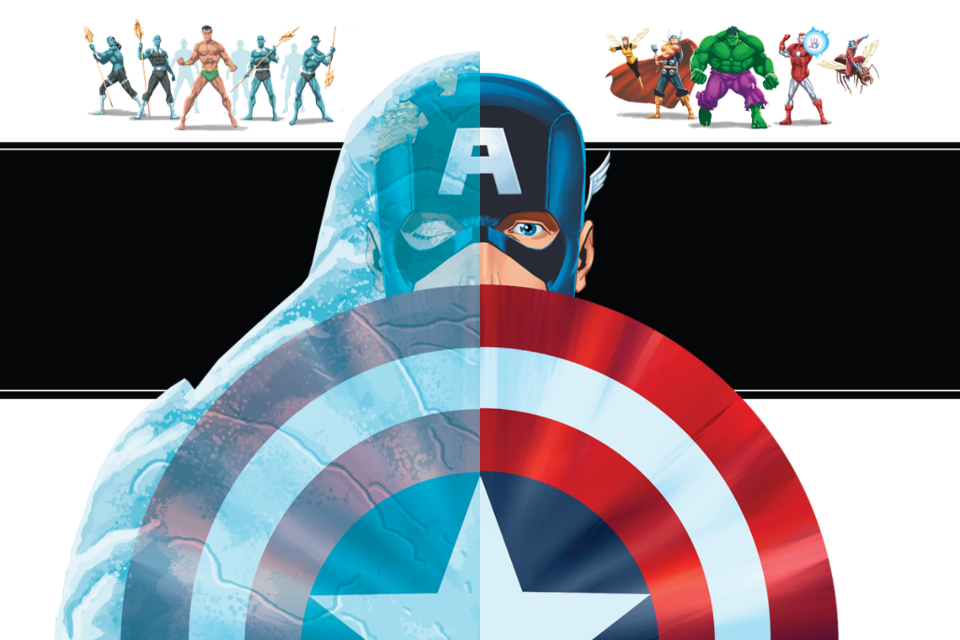 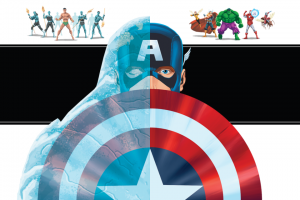 Continuing the count down to the Avengers Movie I have received another iPad/iPhone app with an Avengers theme. This time it is Avengers Origins: Assemble and it is once again narrated by Stan “The Man” Lee. This app tells the story of how the Avengers banded together with each other as well as how they added Captain America to the team. As with the Avengers Origins: Hulk app that I reviewed yesterday the story is easily readable with simple words for younger children and it even has a Young Readers Mode, Read to me Mode and Auto Turn mode.

The story revolves around Iron Man, Thor, Ant Man and Wasp searching for The Hulk. There is a battle with Namor and then the discovery of Captain America frozen in the ocean. Cap is thawed out and joins the team to help defeat Namor and the Atlanteans. The story is fun and Stan Lee’s narration is enthusiastic and wonderful. It is a great introduction to some of the core members of The Avengers. 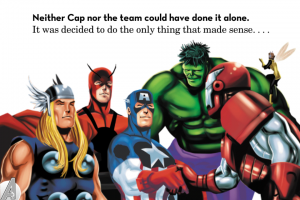 This app had a recent update that added three mini games. The games are simple and fun and if you also have Avengers Origins: Hulk you have him as a character to play in one of the mini-games. You can also play as Black Widow who is not part of the story. Each hero has their own skills and attacks that act pretty similar to each other including 2 ranged attacks and a melee attack. There is also another mini game where you pilot the Quinjet and a last mini game where you square off against Namor himself. The games are entertaining and also a nice addition to the app.

“Avengers Origins: Assemble!”
The “Assemble” story is the perfect introduction to exciting Super Heroes like Iron Man, Captain America, Thor, Hulk, and more. The app features innovative, interactive activities include matching heroic accessories with each Super Hero, using Thor’s powers and the Hulk’s strength to stop the Atlanteans and Namor, and melting the ice to free Captain America from his frozen prison! Available for iPad, iPhone and iPod touch ($1.99).

WHITE PLAINS, NY – April 12, 2011 – Disney Publishing Worldwide (DPW) announced today the launch of two new storybook app titles based on the Marvel Origins series, which were inspired by the original Marvel comics written by Stan Lee. Only one month prior to the much anticipated theatrical release of “Marvel’s The Avengers,” “Avengers Origins: Hulk” and “Avengers Origins: Assemble!” bring the anticipation for the movie to mobile devices now, allowing fans to read along with Stan Lee as they relive the epic origins of the Hulk, Captain America, Iron Man, and Thor.

“Because Tony Stark and Bruce Banner are two of my favorite characters, it’s exciting to see their stories as Super Heroes come to life in digital storybook form just a few weeks before the release of ‘Marvel’s The Avengers’ movie,” said Stan Lee. “They are a great prologue for kids, taking them back to the beginning—revealing how Earth’s Mightiest Heroes assembled to fight foes so powerful that no single Super Hero could defeat them.”

“Avengers Origins: Hulk” is a multifaceted read-along app allowing children ages 4-10 to follow Lee’s story narration of Dr. Bruce Banner’s epic transformation into the Incredible Hulk. With detailed artwork and cutting-edge animations, comic fans can enjoy this multi-dimensional app through a variety of interactive touch-screen activities, including roaring, transforming into the Hulk, and testing the Hulk’s strength by breaking through walls, stopping tanks, and more.

The “Avengers Origins: Assemble!” app serves as the perfect introduction to exciting Super Heroes like Iron Man, Captain America, Thor, Hulk, and more. Children can read along with Lee, match heroic accessories with each Super Hero, use Thor’s powers and the Hulk’s strength to stop the Atlanteans and Namor, and melt the ice to free Captain America from his frozen prison!

About Disney Publishing Worldwide
Disney Publishing Worldwide (DPW) is the world’s largest publisher of children’s books and magazines, with over 700 million products sold each year. Disney Publishing Worldwide consists of an extensive worldwide licensing structure as well as vertically integrated publishing imprints including Disney Book Group in the U.S., Disney Libri in Italy and Disney Libros in Spain. DPW publishes a range of children’s magazines globally including Topolino, Le Journal de Mickey, and Donald Duck, as well as Disney kids magazines in the U.S. which include Disney Princess and Phineas and Ferb. Disney English is DPW’s English language learning business which includes Disney English learning centers in China and a worldwide retail licensing program. DPW’s digital products include bestselling eBook titles as well as original apps. Headquartered in White Plains, NY, Disney Publishing Worldwide publishes books, magazines, and digital products in 85 countries in 75 languages. For more information visit www.disneypublishing.com.Disclosure: We received this app to review for free. Opinions about the app are 100% my own.