I just got to take a 10 second look at Argus. You know, that super secret new platform from IZEA. Ted Murphy came over to me and whispered in a conspiratorial tone, “Hey, you wanna see Argus?” I was like “Hell Yea, be in the know, Fo’ Shizzle!” Actually I didn’t say that part. I said, “Yes” and was stunned that I got picked to see one page of Argus.

Ted got things all set up and kept telling em, one minute and my anticipation built to new heights, I mean, I’ve been so excited to hear about this and to be a part of it. And now I was getting the chance to see the Holy Grail of Posties. I was nervous and excited. What would it look like? What would it be?

While we waited Ted and I took on of today’s Photo-A-Day bonus. Here I am with Ted wearing my (I bought 3 of them, they are awesome!) PayPerPost advertiser Mad Gringo’s Hawaiian shirt. (I’m doing a contest with them on The Wired Kayaker in December, you could win a high quality Hawaiian shirt among other great things)

But I digress. I remember when Ted’s avatar was him with his mouth open and tongue out. That is the photo I wanted to get with Ted because my avatar was the same sort of thing. Ted is a crazy man and he told me that he ended up doing well last night at the tables. I swear I am a man of good luck.

Okay so now to Argus. Ted got the laptop and took out his iPhone. He gave the iPhone to Pete to keep a 10 second countdown. Then he turned the computer towards me. Time stood still. Actually it didn’t. 10 seconds is so dam fast. I took a moment to get my brain wrapped around what I was seeing. My eyes darted all over the screen. I saw graphs of traffic and there were many tabs for additional information. I saw a profile page for a Postie. There was a write up about that Postie and her blog and then there were comments to the user profile so there is a social aspect of the new platform.

And the name is….

Now, as soon as I was done looking at my 10 second sneak peek of Argus and the laptop slammed shut Ted asked, “Did you see the name?”

“Name what name?” You mean the name that is being announced tomorrow at PostieCon? I missed it , I had the holy grail of Postie info in my sights and MISSED it completely! I fell to my knees and shouted “ARRRRRRGUS!” a la wrath of Kahn. Ted and the guys all laughed really hard. And then I went off to blog about it.

So, I don’t actually know the name. Sorry for the tease. I am sure that the name is in my brain because it was on the page but in 10 seconds I was distracted by the pretty that details did not sink in. So I think later I will visit a hypnotist to extract that coveted information out of my brain. Or I will wait like everyone else till tomorrow to learn the name of Argus! 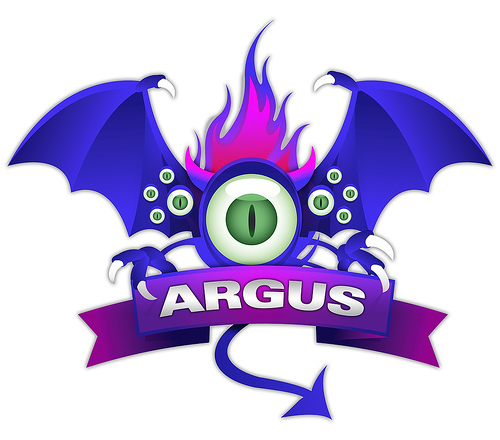 Guess what, Argus is called SocialSpark! What a great name!