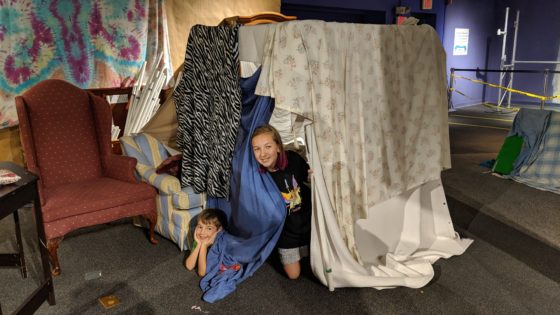 It was a bit of a rainy day today so we went to downtown Louisville to the Kentucky Science Center. This is a children’s museum with tons of great hands on fun. This was a great place to bring Andrew and Eva. Andrew needed the movement and being able to touch things without getting reprimanded. It was tough for him not to pick up the kittens on his own at the Cat Cafe. He still tried but was not supposed to. Even though he was very gentle with them. He does love kittens and cats and dogs for that matter. He also loves to play and explore, this was a perfect place for him. We made a video of our adventure that you can see below.

There were many exhibits. We went to the second floor and there were items that the kids could use to make parachutes and then put in wind tubes. The tubes would blow the parachutes up to nearly the ceiling. Andrew made a bunch of these, as did Eva. 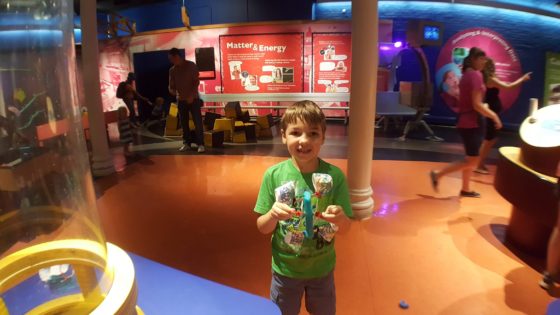 The kids spent the bulk of their time working on making some benches from a set of wooden pieces, bolts and wingnuts. The wooden pieces had holes in them and the kids bolted everything together with the help of Allison and Auntie Tara. 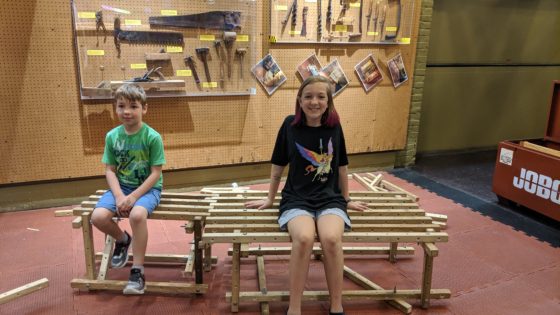 After the bench building we went to a few more exhibits and then to the rocket exhibit. Kids could make paper rockets and then launch them up into the sky. They shot up really far, mine came right back down onto my camera. I had fun building a rocket as well. 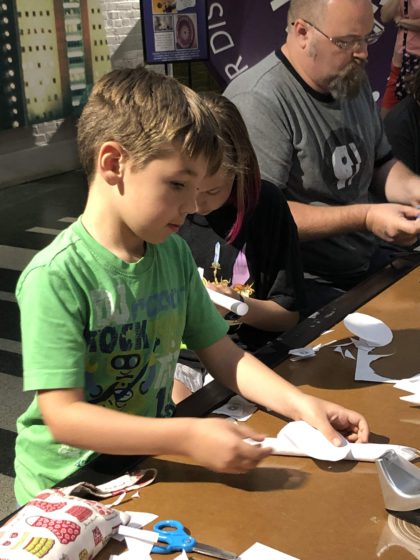 We spent tonight at home and had pizza. We ate at a table that has been in our family for over 200 years. It was my grandmother’s grandmother’s table that was refinished and now resides in Tara’s dining room. 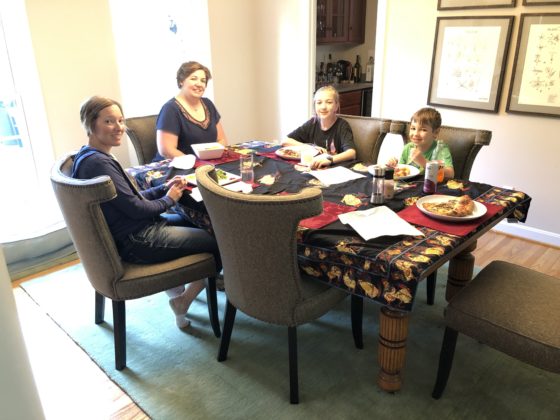 It was to be a game night and we were excited to play Northopoly, it is basically monopoly from an off brand company that worked with our town to produce. It was funny looking back through the game at the business that are still around and those that have been long gone for years. We’ve played monopoly before but never this intense. The game went really late and we did not finish so we took photos of the board and everyone packed up their money and properties into sealed envelopes to play tomorrow night or later this Summer on the Cape. 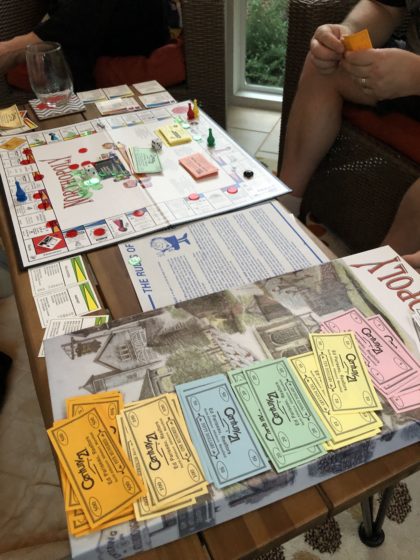 It was our last night at Tara and Uncle E’s place. We had had such a fun week visiting them. Tomorrow we headed down to Nashville to explore and stay overnight to get to the airport.