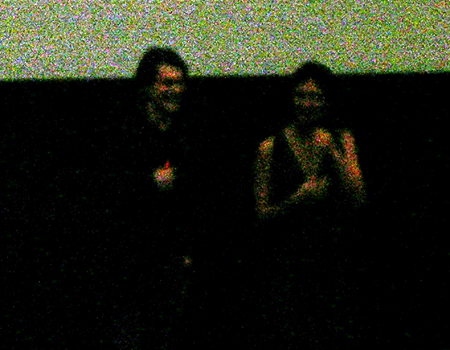 Last night was the Serenity Preview Screening and man it was so awesome. A sold out crowd of Firefly fans, Browncoats, were in the building. Two cast members came to see the movie and sign autographs at the end of the show. The cast members who came to our viewing in Boston were Sean Maher (Dr. Simon Tam) and Morena Baccarin (Inara). The ovation was so loud for them.

Watching a movie with a fan base as rabid as Firefly’s was an experience. People were singing the songs from the show like the Ballad of Jayne Cobb and the theme song. There was a film crew on site making movies for the DVD and as promotional material. Also before the screening began there was a message from Joss. The man is so witty and dry, he made us all laugh. So many times during the movie the crowd laughed or cheered. It was something to be a part of. The story is great and Joss does what Joss does which is steers you one direction and makes you end up in an entirely different place. Buy the DVD’s support this movie when it comes out on September 30th. It is more than science fiction. It is a great story with characters with depth and heart. Something well worth being a part of. The movie made me laugh, made me well up with tears and made me cheer. I was on the edge of my seat in certain parts and jumped out of my skin in others. The movie had everything.

And I got like the worlds crappiest picture of Sean and Morena. Allison and I had the absolute last seats in the back of the theatre. So the photo is grainy. I tried to get a photo at the end as well but that didn’t work so good either.

Additional thoughts: I’ve read a couple of the messages on the Browncoats website and the disappointment that other fans have had with certain aspects of the movie. One thing that I have always had a hard time with regard to fans was the sense of entitlement that rabid fans tend to get. If things aren’t completely true to the original in the various forms and incarnations then they pick and pick and pick at things until you only see the minutiae and not the thing itself as a whole. As a whole Serenity was incredible and I stand by that. If I picked it apart then I could find something I would be upset about, but guess what? My tiny opinion about the film doesn’t matter so why would I go on a message board and tear down a movie that I helped bring about in the first place. All fans of Firefly helped bring about this movie with DVD purchases and letter campaigns and raising money for charities in the name of Firefly.

What this film symbolizes is something incredible. A failed TV show being made into a Big Damn Movie or BDM, that wasn’t a nostalgic tv show from back in the 70’s or 80’s. This movie should do well in the theatre when it is released. I’ll be doing my part.

Okay this isn’t movie related per se but I need to rant about something. I travel all over the country for my job and I have been to many many cities. Why does one have to be part Indian tracker part psychic to drive in Boston. I made Allison sick to her stomach because once I get near Boston I tense up and drive like I’ve never been in a car before. One shining moment from last night was me going down a one way street and pulling a U-turn (how would one spell the colloquial term for U-Turn I can say it but the spelling escapes me.) Luckily the police man who was checking out the idiot driver was helpful in directing us to the Common. Warning: Google maps look pretty but are not very good at all. And are there any roads in Boston that stay straight for more than 15 feet at a time!

One thought on “Can’t Stop the Signal…”