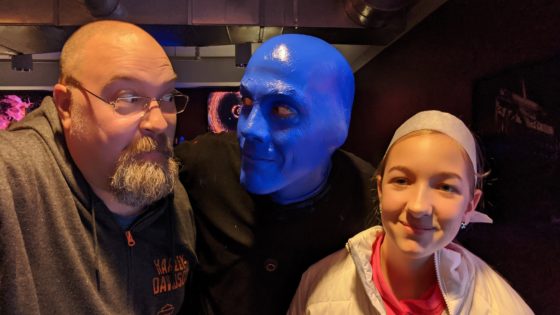 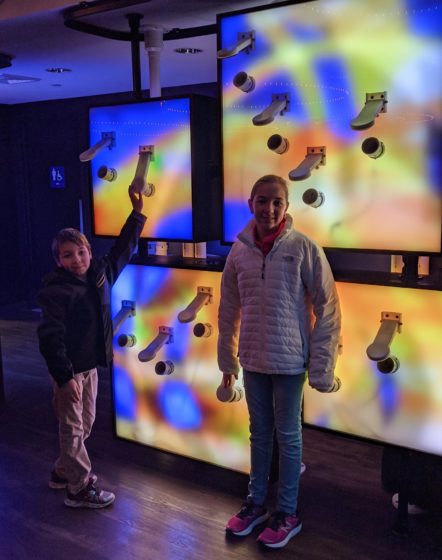 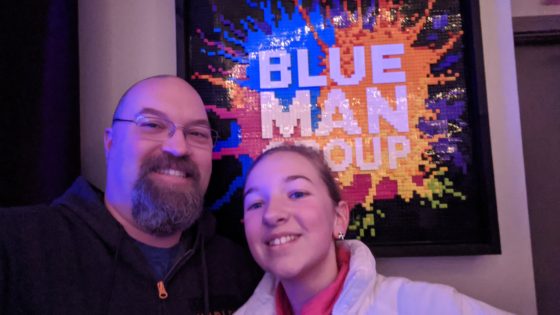 After the show the Blue Men were on hand for selfies. Andrew wanted no part of it but Eva went with me to get a photo. We had fun doing all sorts of silly selfies. She loved the show and had a great time. END_OF_DOCUMENT_TOKEN_TO_BE_REPLACED 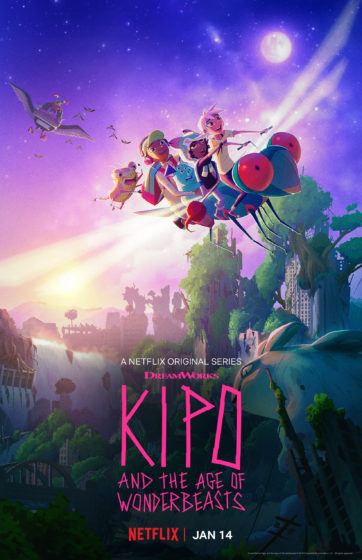 We were provided the screener for all 10 episodes of the upcoming Kipo and the Age of Wonderbeasts from DreamWorks Animation that will drop on Netflix on January 14, 2020. Opinions of the show are our own.

Take a look at the trailer for the show and then I’ll tell you what I thought of it.

Imagine living your whole life underground because the surface is too dangerous. You and your family and all surviving humans live in secret burrows. Then one day your burrow is attacked and you are thrust into the surface world, alone and scared. What do you do?

That is the situation that our main character Kipo finds herself in immediately as we begin the show Kipo and the Age of Wonderbeasts. Kipo is an inquisitive, open, and slightly naive 12 year old girl. She is also very smart and musically inclined. He fear turns to curiosity almost immediately as she begins to explore this surface world. It becomes very obvious that she is going to need help, though. 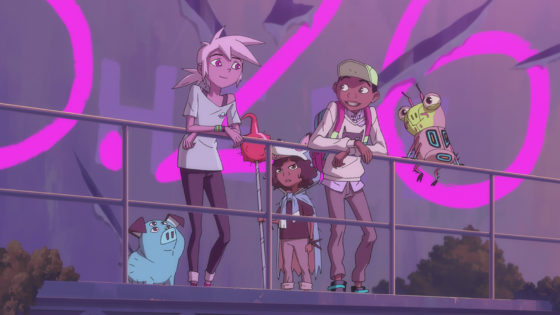 Kipo does find her help, though in the form of friends that she makes along the way. There is Mandu a mutant pig, Wolf, a tough as nails surface human and then there are Benson and Dave. We aren’t quite sure of their motives at first. Each episode explores along more of the mystery as Kipo attempts to be reunited with her father, Lio Oak played by Sterling K. Brown.

The voice talent in this show is amazing. Kipo is voiced by Karen Fukuhara and my kids know her best as the voice of Glimmer from another DreamWorks Animation show, She-Ra and the Princesses of Power. They were hooked in immediately. 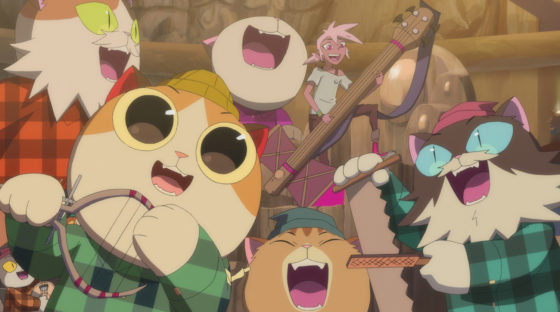 Around every corner Kipo finds something strange and fantastic. She meet the Timbercats and it is so much fun. I loved the interaction between Kipo and all the Timbercats. There are some great moments there. I do not want to spoil anything about the show for you because it is a wild and fun ride. I will mention that while I have no clue who half the performers are for the music, I loved it. The music in this show is like a character itself. There are some spot on amazing moments around music. 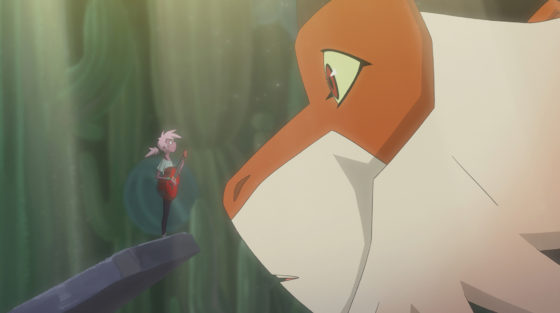 Here is the officla word on the show. I do hope that you watch it as well. It is spectacular. END_OF_DOCUMENT_TOKEN_TO_BE_REPLACED