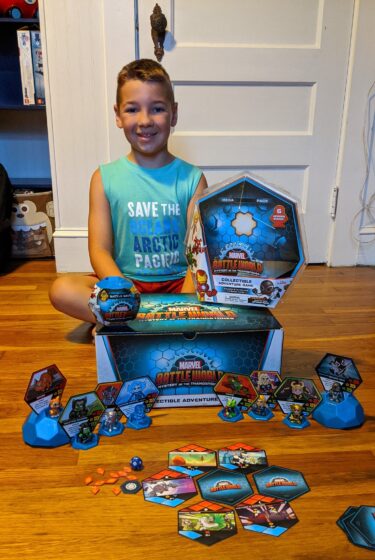 Funko sent us a Marvel BattleWorld Mega Pack to play with and review. Opinions are our own.

Funko has gotten into the tabletop gaming space and also on the toy aisle in Target. In Battleworld Mystery of the Thanostones Funko has partnered with Marvel to create a one of a kind tabletop gaming experience featuring micro-collectible figures the excitement of discovering blind bag surprises. The game is rather fun to play as well. 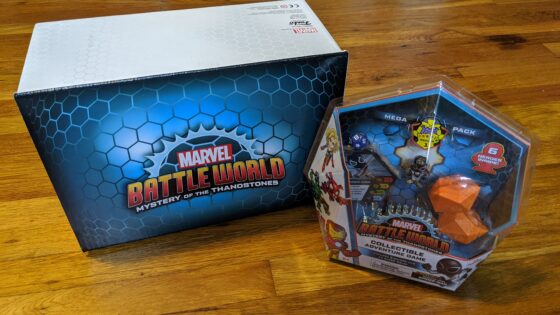 So, Funko sent the BattleWorld Mega Pack which contains everything you need to play the game with 1-4 people. There are 6 micro figures included. Each one comes with the exclusive Negative Zone Spider-Man figure. Then there are 3 additional figures and two figures trapped in Thanostones. In order to rescue and open a Thanostone you have to win a special Thanostone battle. These can be a bit more difficult than regular battles. The reward, however is to crack open a Thanostone and reveal a brand new micro figure for your collection. Once you rescue this figure they help battle along with you. 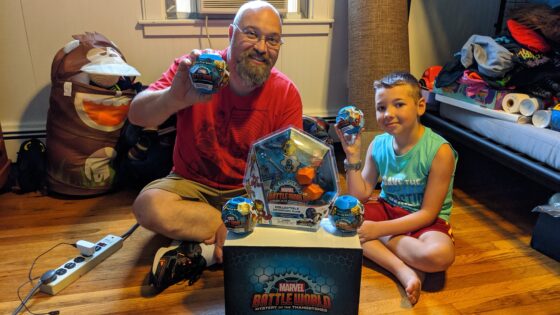 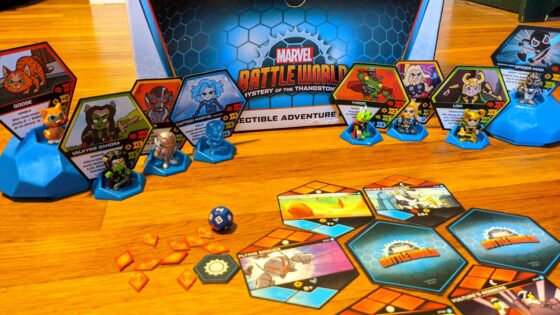 The micro figures are excellent, something that I’ve come to expect from Funko. I did not expect for such a deep dive into the Marvel Archives regarding the cast of characters we would discover. Andy was delighted that we rescued Throg from a Thanostone. He’s hoping that at some point we get a Spider-Ham figure, too. I guess that I am boring because I really want a regular Iron Man. He’s my favorite, but I am also excited to see characters like Howard the Duck and Beta Ray Bill in the lineup. Series 1 has 30 characters to collect including 6 ultra-rare Infinity versions of characters. We managed to get the Infinity Captain Marvel from a Battle Ball Thanostone!

Each character has their own Hero Power, and those can come in handy while you play. For example, I had Loki in the first game and he allowed us to re-flip the Danger Coin so we could prevent advancing danger at the end of the turn. Gameplay is fast paced and fun. We are excited to play again with the whole family. I am eager to find out what heroes we have left to rescue from the 3 remaining Battle Balls that I picked up. I don’t think I’ve ever waited this long to open up a toy like this, but we can’t unless we rescue those characters. So we must Battle On!! 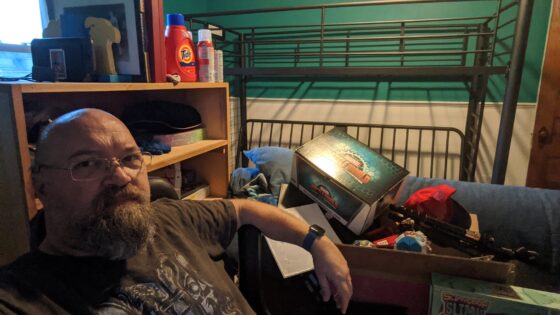 My main goal today was to build Andy’s bed. We got him a bunk bed with a full sized bed below. We have not yet found the mattress for that bed. They were sold out of them at Big Lots. In a while we’ll find one.

It was a challenging build. While it was easy enough to put together everything was done with an allen wrench. That is so tedious but when it was all put together it was so solid. Now, if we ever move that will be interesting to take apart. Andy is very excited to sleep in his new bedroom but that will be another day.