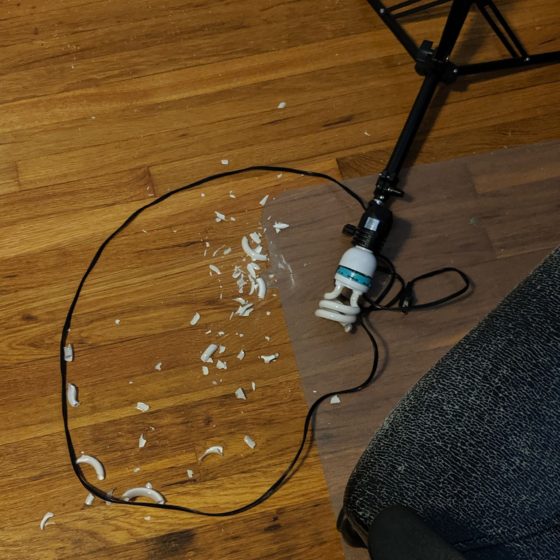 I got ambitious and wanted to clean out the office to start making it more presentable for potential buyers. So I was moving my lamps, so they wouldn’t break, and I knocked this one over. I should have started with this one. This is my smallest lamp that doesn’t have an umbrella. Instead I took a larger one and the cord was tangled in this one, which caused it to crash to the floor. At the same time my larger one got caught in the ceiling fan and yanked my arm the wrong way which caused my frozen shoulder to send a shock of pain straight down my arm. All in all this was not fun. These bulbs are expensive! 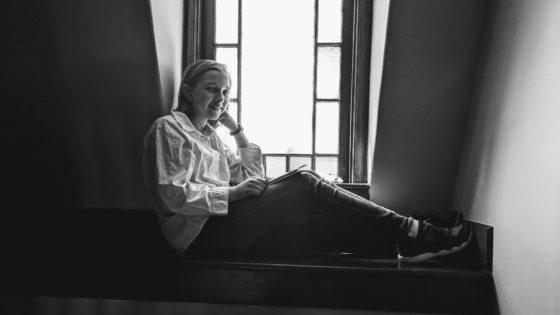 One year ago my 13 year streak of taking a photo every single day came to a crashing end. I had forgotten to take a photo of any sort on April 15th. This is what I posted to Facebook on the next day.

For the past 13 years I have taken a photo every single day.

Yesterday, I forgot to take one.

The streak is over.
I shot 4749 consecutive daily photos in the past 13 years and five days into year 14…

I forgot to take a photo.

For the first time ever.

Over the past 13 years there have been some photos shot at 11:59pm in sheer panic over missing a day. Over the past 13 years I have had moments where I shot to make an interesting, challenging or artistic shot. Other days I took photos of random things that made no sense or weren’t that compelling as far as images.

In 13 years things have changed immensely. The one constant to my own personal identity has been my daily photos. It was something that I took great pride in doing and as the numbers crept up there I was wondering where and when I would finally stop or even if I’d stop. In the end it wasn’t even a decision, it wasn’t even a thought. I simply forgot and when I woke up this morning I realized that I had forgotten.

My Photo-A-Day project was the first teenager that I had any involvement in creating.

My children have never known a day without dad’s daily photo.

I don’t really have any other statistics here but my Daily Photo-A-Day project has chronicled our lives for the past 13 years. It was a part of me, a part I was truly proud of. Now the streak is over. I’m not sure what to do. I don’t think that I’ll be starting another one, though.

This doesn’t mean that I will stop blogging. It just means that the little camera head man below won’t be showing up anymore on the daily posts.”

You may have noticed that I quietly restarted the project. On the first of the year I started taking and posting a daily photo. Just simple stuff and still a lot of toys but I am going to improve my skills and bring better content in the coming years ahead. I am bummed out that I missed #5000 but this time I’m going for 10,000. We’ll see how the adventure unfolds. I hope that you stick with me.