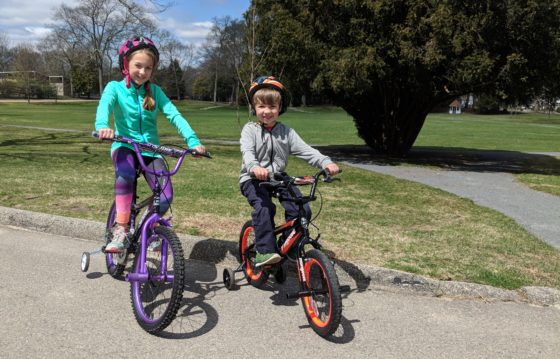 Today the kids got new bikes. Actually I picked them up last week at Walmart. I had been waiting and watching the sales at Toys R Us in hopes of picking up some cheap but you know what, the prices there were terrible. At Walmart I picked up a Mongoose bike for Andrew and a Genesis bike for Eva. Both bikes were under $80 which is a price that Toys R Us couldn’t touch. Not with all their markups and not really a sale, sales.

The bikes have been in the garage and this past Sunday we had a babysitter at the house and we forgot to tell her not to let the kids in the garage. The kids wanted their swords to battle with and the babysitter and Eva went into the garage. Eva saw the bikes but to her credit she played dumb until we asked her about it today. She definitely did not tell her brother because he can’t keep a secret to save his life. He would have spilled the beans days ago.

It was a nice day so we took the bikes over to Capron Park to get the kids going on the bikes. Andrew picked it up quickly which was a bit frustrating to Eva. We should have started with her years ago. She tried and tried all morning and with some prodding, encouragement and challenge she began to get it. By the time we got home she was asking when we could ride again.

While Andrew picked up riding much quicker than Eva he also fell about 8 times. The last time was right before this photo. He has a big scrape on his nose and it is all red tonight. That last one made him cry like crazy but the great thing is that he kept on going, he got back on his bike, which he named Bullseye and then renamed Comet. END_OF_DOCUMENT_TOKEN_TO_BE_REPLACED 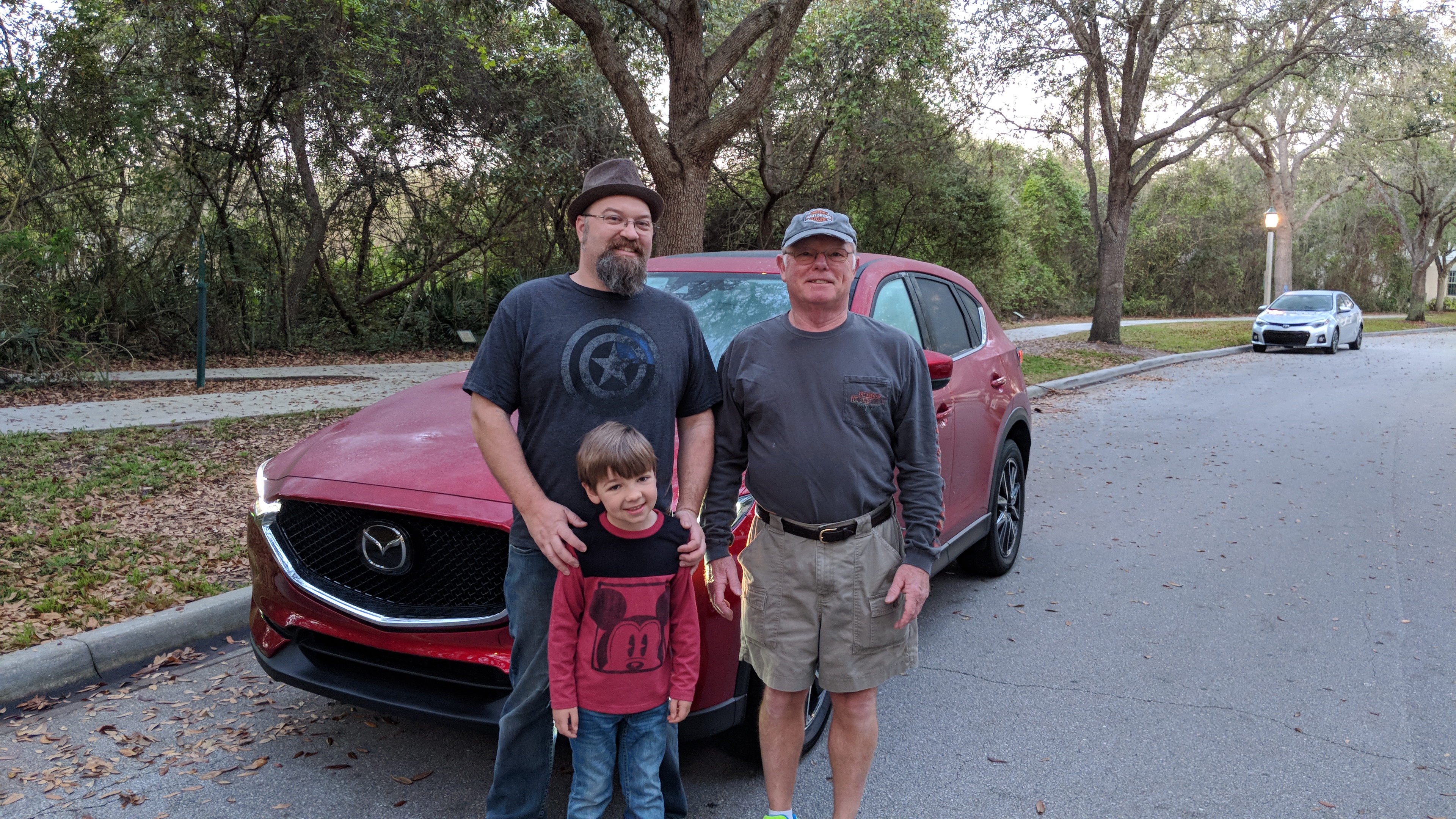 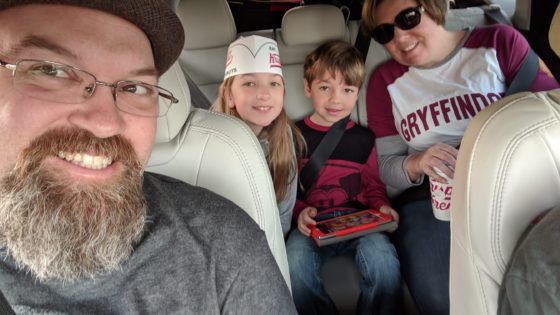 The fine folks at Mazda were extra nice and allowed us the user of a Mazda CX-5 Grand Touring for the duration of our Disney Social Media Moms Celebration trip. Opinions of the vehicle are 100% my own.

Back on February 21st we arrived in Orlando, caught the Magical Express to our hotel, Coronado Springs, checked in and then I took delivery of the Mazda CX-5 Grand Touring. I requested a car for a few reasons. Even though we were going to be at Disney and there is transportation everywhere to get between parks, and we were going to be at on a cruise as well, we were still going to need a vehicle. We extended our trip by a few days and we were going to be heading to a bunch of different places including back to the airport. This trip was all about family and on this trip we had lots of family on hand. The vehicle almost completely met our needs. I say almost because It was just not big enough for 7 people so we had to take two cars to each of the theme parks that we visited. That wasn’t a huge deal, though. There was enough room for all our suitcases and for five of us to get to the airport.

Find out more about the Mazda CX-5 Grand Touring below. END_OF_DOCUMENT_TOKEN_TO_BE_REPLACED