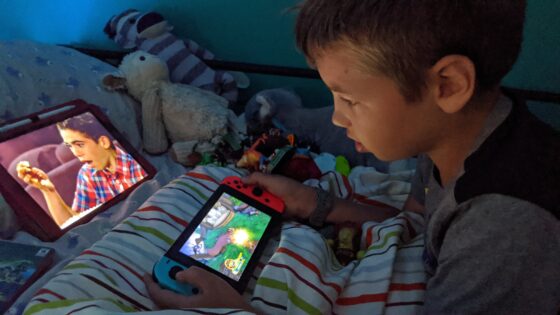 Imagine being a kid and discovering a video game that you really enjoy. Then finding out that you had access to anything and everything in every iteration of that game. That is what has happened to Andy. He was just a little guy when I was running down to New York City for Activision Skylanders Playdates for Trap Team and SuperChargers and new game reveals. He even got to accompany me on two of those occasions and two additional times for the Activision Family Game Summits in 2012 and 2013. Suffice it to day, the kid has had a ton of experience with Skylanders but it never truly clicked with him until the other day.

Andy helped me put all of my Skylanders into the display bookcase next to my computer in the office. As we placed them into the bookcase he helped me sort them into their respective game releases. There were 6 Skylanders games and each had a set of toys. You can tell which toys went with which game based on the color of their bases. Andy was good at sorting. We played a few times on the XBox so far and now he is playing on the Nintendo Switch. I’ve got to figure out how to fit the Wii U here in the office so we can go all the way back to the beginning and play through the series. We may make it a streaming thing. I’m not sure. 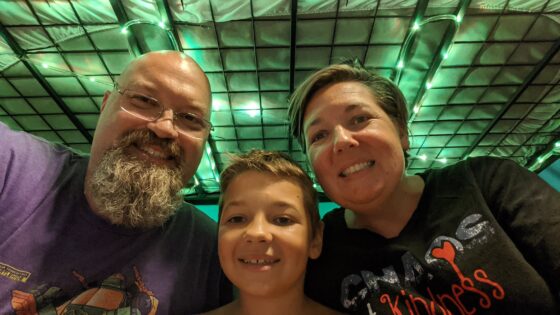 Spent some time with Andy today playing Skylanders on the XBox One. He as having a great time switching the different characters an enjoying all the fun gameplay. I think that what I’ll do next is hook up the Wii U so that we can play the previous games. The toughest will be playing the first game again and having to use the Wii controllers. We’ve come a long way since those things.