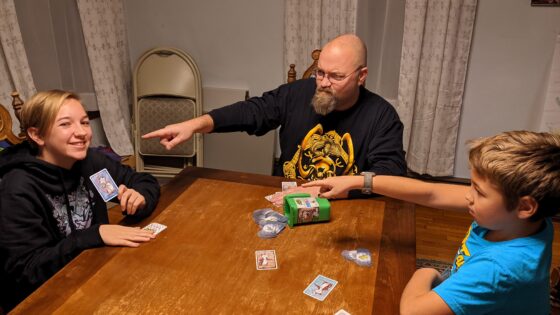 We received a free review copy of Playin’ Possum from Amigo Games to play with and review. Opinions are our own.Simple games are fun for quick play. When I was at Toy Fair I learned how to play Playing Possum and it was a quick and simple game. Essentially you are playing a Rock, Paper Scissors type of game but you are also trying to fake out the people that you ae paying with and trying to grab as much trash as you can. You can play this with up to 10 people and so it is good for social interaction. You can also play the game with two people, there are many possibilities. 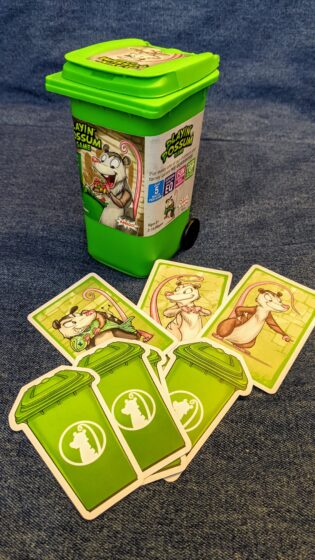 The entire game arrives in a little plastic trash bin with working rolling wheels. I think that that is what attracted me immediately to the game, the unique way in which it was packaged. It was so different. Then I played and really enjoyed it. I played with Andy and Eva a couple of times at home and the kids liked it, too. You can learn more about the game on the Amigo Games website. You can also order teh game through our Amazon.com affiliate link below. 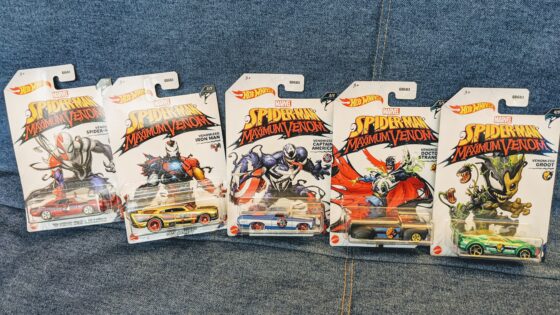 This pandemic certainly has put a damper on my toy collecting. Sure I still collect some toys but I am not in the stores nearly enough to catch things when they come out. I was lucky enough to be in Walmart the other day and I caught these awesome new Marvel Themed Hot Wheels. These are not character cars but rather cars with a MArvel theme and the theme is Maximum Venom. This theme takes Marvel super heroes and “venomizes” them. So we have Spider-Man, Iron Man, Groot, Captain America and Doctor Strange. I love it when I am there and all of the series is available. It drives me nuts when I miss out on one from a set. So, while I was able to get each of these I am having a hard time completing the Disney character cars that came out recently. 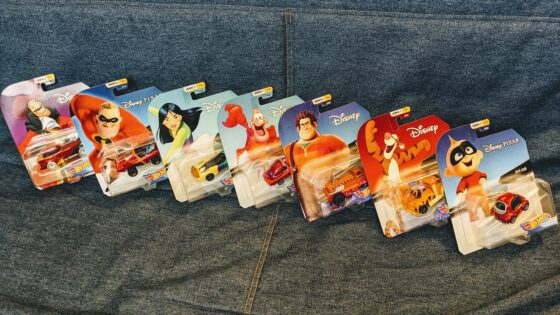 There are actually two sets in this photo, There are two cars from Series 6 and four from Series 7. So I figure that series 6 got released early on in the pandemic and series 7 was released recently. I’m missing 4 cars from Series six and I think they are going to be hard to find. One is a black and White Steamboat Willie inspired Mickey Mouse car and I am sure that is going to be hard to find. I always look when I am out and about, which is less and less.