Got home from work today intending to sleep till quarter of 10 and then run over to Toys R Us for when they open. Well, I didn’t sleep and I ended up going to Toys R Us anyway to pick up the latest figures from Skylanders Giants, Toys R Us was having a Wave 2 early release and I wanted to get the figures. Allison and Andrew came with me and when we went in we were able to find 10 of the figures. One from each element that were Series 2 figures (New poses for existing figures) and two new figures, Sprocket and Flashwing. Well we got to the counter to check out and were behind another customer, she was checking out and we heard the intercoms say that each customer was to be limited to two figures only. Now, mind you that the store had actually been open for an hour and people had already come in and bought every figure that they wanted and left with their purchases. I was standing in line and the woman in front of me was checking out. This was not a good scene. END_OF_DOCUMENT_TOKEN_TO_BE_REPLACED 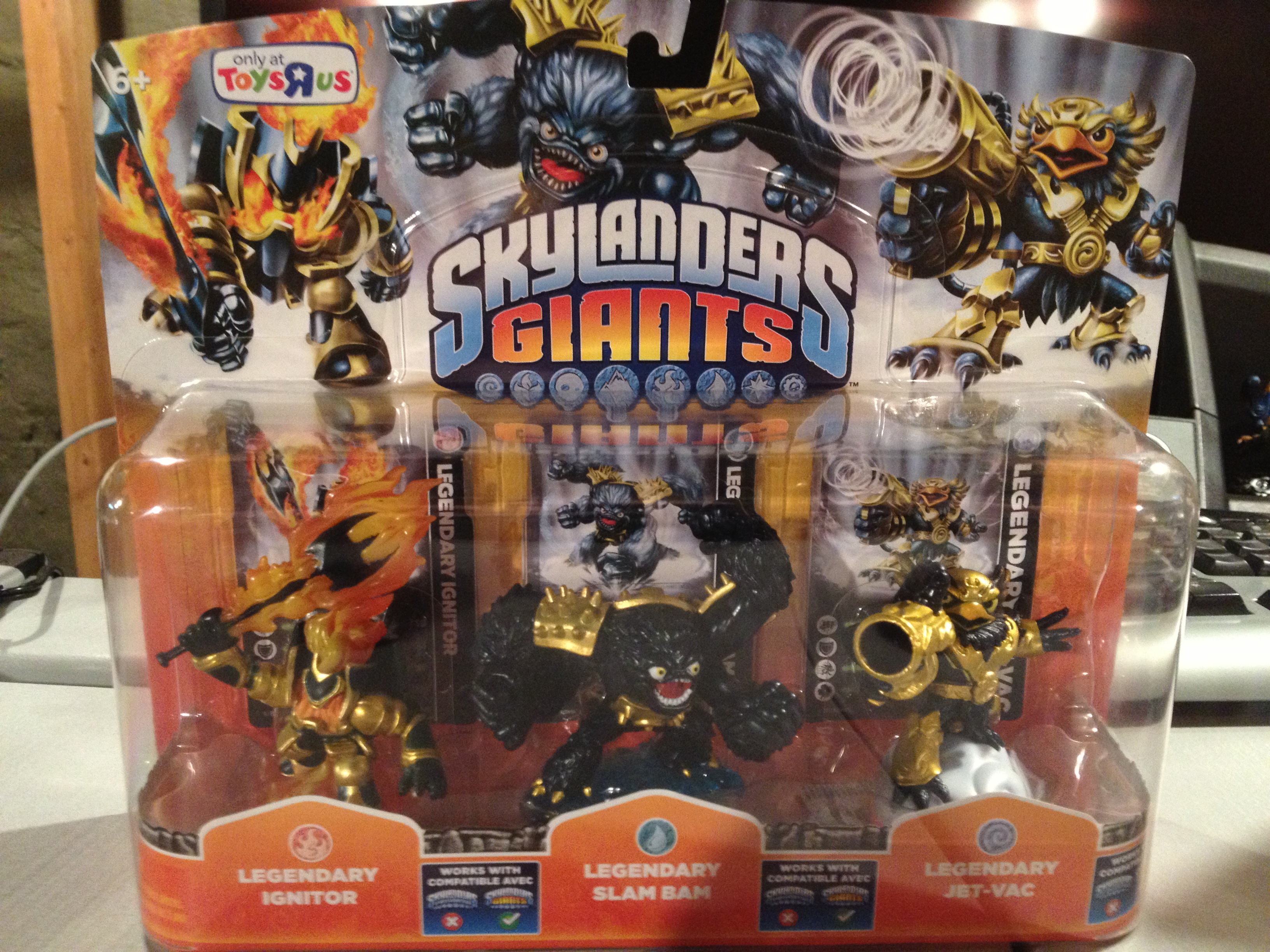 I visited five retail stores today on a Skylanders Giants Hunt. While at the stores I spoke with a lot of people and answered a lot of questions. Mostly parents or grandparents who were a little vague on the game and the figures. I saved a few people from being very disappointed and I’m going to help you too. Ready, read on… END_OF_DOCUMENT_TOKEN_TO_BE_REPLACED