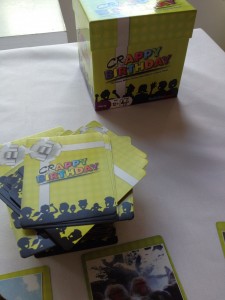 This past week when I was at Blog World Expo I was able to slip out on Wednesday to check out a bunch of fun toys at the Southard Communications Christmas in June Media Preview. Since last year’s toy event in New York I’ve been lucky to be on a media list and so get some fun invites to go to New York for these sort of previews. Unfortunately, I don’t live in New York so I can hardly ever go. So I was happy that I was going to be in the area at the same time as this event.

The preview was in a suite in a building in New York. When I went in I was met by a representative from Southard Communications. She took me to each of the tables and explained the toys, who makes them, what they did and so on. There were a few that I liked and some that didn’t do much for me overall so I’ll give you a rundown of what I saw and what I thought. END_OF_DOCUMENT_TOKEN_TO_BE_REPLACED 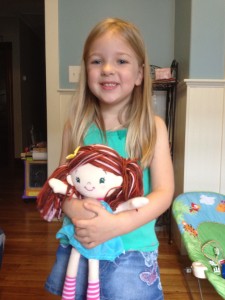 Dolls, Kids love to play with them and now GUND is making some very cute ones. Meet The GUND Girls. These four friends are four friends with unique and distinct personalities. I was asked if I wanted one of the GUND Girls dolls to review with Eva. I looked at each one and tried to figure out which one would be the best choice for her. END_OF_DOCUMENT_TOKEN_TO_BE_REPLACED