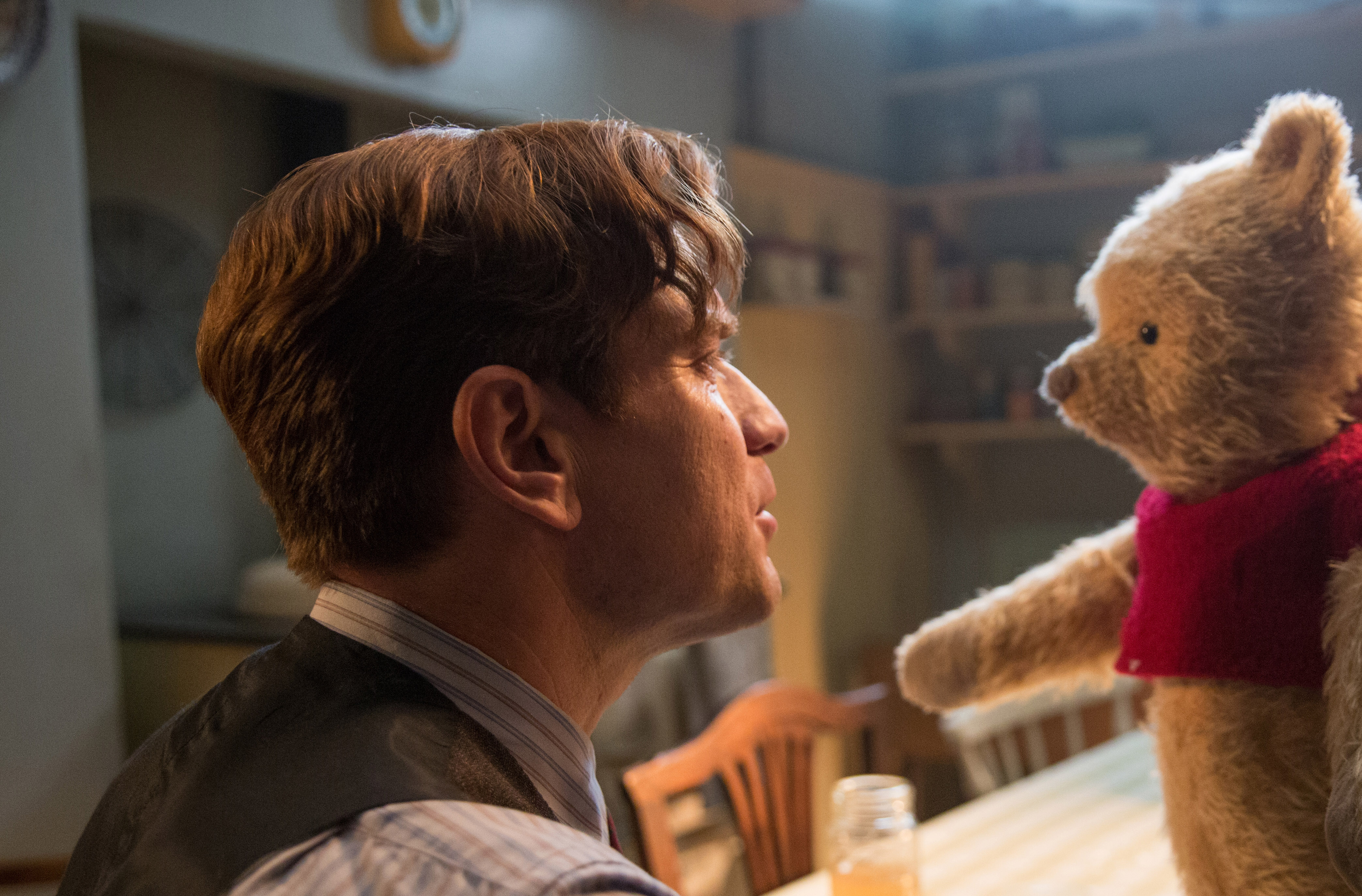 It is hard for me to believe that it is almost August 3rd and the release of Christopher Robin. Back in February when I attended Disney Social Media Moms Celebration I got to see a ton of the movie and it really spoke to me. Winnie the Pooh is one of Allison’s favorite characters. So much so that she has a ton of Winnie the Pooh things. We even decorated Eva’s room with Winnie the Pooh themed things and she went as Winnie the Pooh for Halloween a couple of times. Andrew did as well. We still have the costume. But, it wasn’t so much that Winnie the Pooh hit me, it was Christopher Robin. The movie is a story of the boy grown into a man who has lost that childlike wonder that he had. It is a story about him learning to play again and finding his inner child. It really hit me.

So, I am truly excited because at the end of the month I am heading to California for the Red Carpet premiere of Christopher Robin. I cannot wait!

When I told Andrew that I was going he was upset because he wanted to watch the movie with me. I told him that I would certainly go with him once I got home. I can go ahead and buy miy tickets today if I want to because advance ticket sales just opened for the movie everywhere. To celebrate I have two featurettes to share with you. One is called Legacy and it talks about what Pooh means to so many people.

Wasn’t that adorable? The movie looks like it is going to be so cute.

Christopher Robin (Ewan McGregor) and his longtime friend Winnie the Pooh walk down the street in London in Disney’s CHRISTOPHER ROBIN.

In Disney’s heartwarming live action adventure, the young boy who shared countless adventures with his stuffed animal friends in the Hundred Acre Wood has grown up and lost sight of what’s important in life. Now it is up to his childhood friends to venture into our world and help Christopher Robin rediscover the joys of family life, the value of friendship and to appreciate the simple pleasure in life once again.

CHRISTOPHER ROBIN is directed by Marc Forster from a screenplay by Alex Ross Perry and Allison Schroeder and a story by Perry based on characters created by A.A. Milne and E.H. Shepard. The producers are Brigham Taylor and Kristin Burr, with Renée Wolfe and Jeremy Johns serving as executive producers. The film stars Ewan McGregor as Christopher Robin; Hayley Atwell as his wife Evelyn; Bronte Carmichael as his daughter Madeline; and Mark Gatiss as Keith Winslow, Robin’s boss. The film also features the voices of: Jim Cummings as Winnie the Pooh and Tigger; Brad Garrett as Eeyore; Toby Jones as Owl; Nick Mohammed as Piglet; Peter Capaldi as Rabbit; and Sophie Okonedo as Kanga.

And here is another sneak peek at the movie.