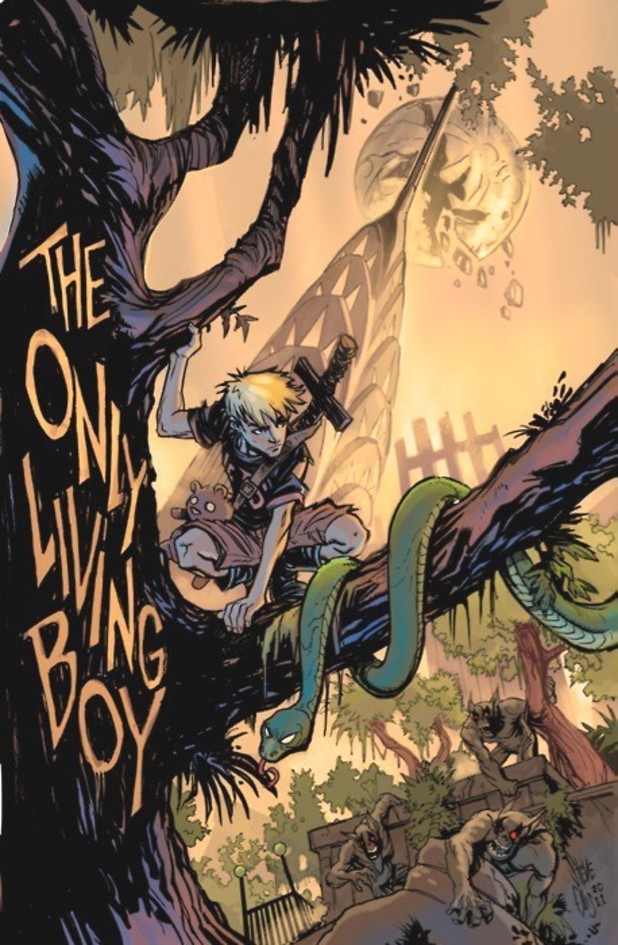 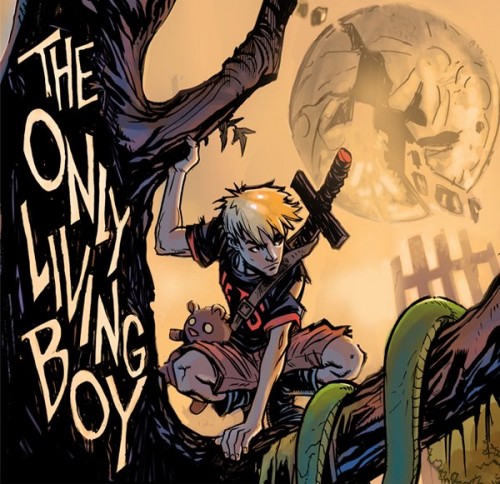 The other day I got a message in my inbox from Comic creator David Gallaher. He and Steve Ellis have created a new young adult graphic novel called The Only Living Boy. David sent me the first issue in .PDF form which I read and enjoyed. I also enjoyed Steve’s artistic work on the book. I looked back over some of the things that both men have done and I have a few of their books in my collection dating back to the days when I only collected Wildstorm comics.

The book was an interesting read. A boy is on the run and ends up in another world, or maybe it is the same world but a different time, that will probably be revealed as the story progresses. Already there is a colorful cast of characters and some mystery.

The main character Erik Farrell is on the run from something. We don’t know exactly from what but he ends up in this other world and is again on the run from the strange and fantastic creatures there. Erik find his courage and that is when the story really begins.

Read on to Enter the Giveaway!

This is how David describes the book.

My name is David Gallaher. I am the author and co-creator of a young adult graphic novel series called THE ONLY LIVING BOY. The book, which has been billed as a cross-between The Wizard of Oz and John Carter of Mars, tells the story of a young runaway who finds himself lost and alone in an alien world. The artist and co-creator of the series, Steve Ellis, has illustrated for DC and Marvel Comics and is currently raising two children of his own. We believe that our book, which is available digitally now and in print shortly, is fun for children of all ages.

The comic will be available in the Fall at comic shops but you can get it right now through comixology for only $.99. As a comic book collector who pays $3.99 for individual books each week $.99 is a steal. The link to buy is http://www.the-only-living-boy.com/

David asked if I would like to do a giveaway and I’d very much like to do that for you. I love seeing what creative people do and this is a very creative project that I’d love to see succeed. So, who would be interested in winning a copy of the book? Not only a printed copy but a very, very special printed copy. Only 200 copies exist. Here’s what you can win. 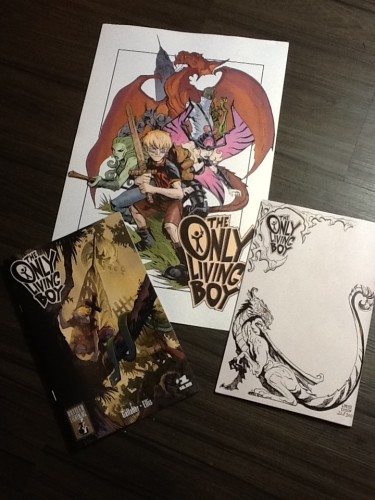 The Grand prize pack will contain the following: 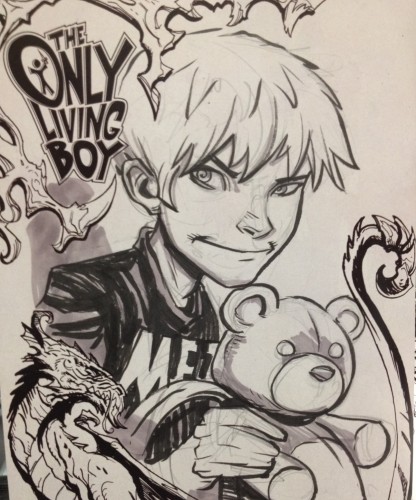 Five runners up will receive:

Disclosure: I received a .pdf of the comic to read and review. Opinions are 100% my own.

14 thoughts on “Comic Book Review & Giveaway: The Only Living Boy”