I get a ton of alerts from Disney about upcoming projects, movies that are out in theaters, tv shows in the works and more. Well, I can’t post them all in their own posts, that would just be too much, but I can tell you about everything that is coming up and those things include Monsters, Maleficent, Pixie Dust and Whistling while you work.

first up on the release schedule is another Tinkerbell movie which will be going to BLuray and DVD. I’ve enjoyed these movies so far and so has Eva. We’ve watched all of them except for the 1/2 hour special the Pixie Hollow Games. I need to find that for her. I missed recording it on the Disney Channel. The newest Tink movie is Secret of the Wings and here is a trailer for it.

This will be coming out on October 23, 2012. Looks like a fun winter themed installment of the popular Tinkerbell themed movie series.

Next up is the teaser trailer for Disney/Pixar’s MONSTERS UNIVERSITY. The movie is slated for release June 21, 2013 so you have a bit of a wait but the movie does look like fun.

There are four versions of the teaser with four different lines from Mike. You can vote for your favorite at the facebook page – https://www.facebook.com/PixarMonstersUniversity

Looking even further ahead to 2014 there are two projects. The first has a release date of March 14, 2014 and that is a live action Maleficent movie with Angelina Jolie in the title role. Check her out in those green eyes and horns. 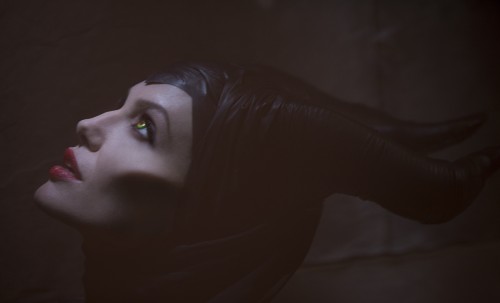 This is also a prequel. The description is.

This is the untold story of Disney’s most beloved villain, Maleficent, from the 1959 classic “Sleeping Beauty.” The film reveals the events that hardened her heart and drove her to curse the baby, Aurora.

Disney Junior is a channel for Preschool Disney fans and there is a new show coming to Disney Junior starring seven beloved characters who are getting an update and a comedic show called The 7D. This is slated for 2014 and here is the description.

The series takes place in the whimsical world of Jollywood, where Queen Delightful relies on the 7D – Happy, Bashful, Sleepy, Sneezy, Dopey, Grumpy and Doc – to keep the kingdom in order. Standing in their way are two laughably evil villains, Grim and Hildy Gloom, who plot to take over the kingdom by stealing the magical jewels in the 7D’s mine. With seven very distinct personalities, the 7D always manage to save the day and send Grim and Hildy running back to their evil lair to try another day.

Here is an image of what the 7D will look like.

So, there looks to be a little bit for everyone coming up from Disney. I’m sure that there are other projects on the way but these are a small sample of what you will be seeing.