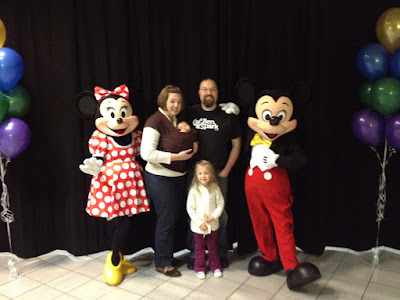 Yesterday Allison, Eva and I went to Disney on Ice: Treasure Trove at the Boston Garden. I was invited to go to see the show and review it on the blog. There were quite a few other bloggers there as well and together we went to a meet and greet with Mickey and Minnie.

Treasure Trove is a show with a bunch of little vignettes of Disney movies ranging from Alice in Wonderland (one of the longer performances) to Tangled (a rather short performance). Movies like The Incredibles were also represented. The show started with a warm up of the skaters that was lead by the family from The Incredibles. Each character had their own exercise. They wanted the crowd to get up and do some of the things with them too. I don’t think that is such a great idea in the stadium seats. There really isn’t enough room for people to get up and move around in the seats and I would have really liked to have seen The Incredibles do something other than a workout routine. Their presence however did allow Eva the opportunity to learn about The Incredibles and I think she’s interested in seeing the movie and I love that movie so that is a good thing.

We also saw Mickey, Minnie, Donald and Goofy, the big four. They came out and set up the theme of the show, Treasure Trove. I think that the whole Treasure aspect of the show was really, really loose and some things didn’t exactly fit but it was still fun. the skaters were fantastic and they did some amazing skating. The costumes were awesome as always and there were some really fun parts of the show. Plus I watched Eva most of the time and she had this smile often. 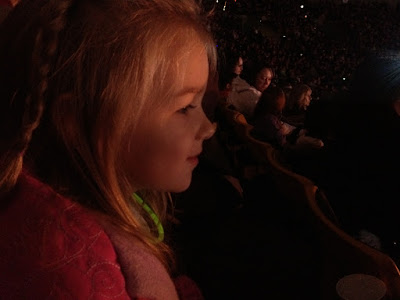 The Lion King portion was excellent and so was the finale with tons of Disney Princesses skating with their princes. The sets were wonderful and how everything changed from scene to scene was also nice. There were many different movies represented, the music was great as well.

Here are some photos that I took at the show using my iPhone. I found that I got better photos with that than the other camera I took with me. And even then, the photos aren’t that great but they do show some of the great skating and sets from the show. 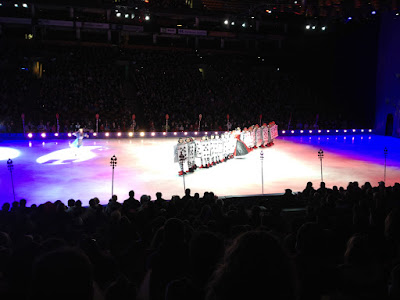 The Army of Cards from Alice in Wonderland. Each skater had a red side and a black side and they did the giant group pinwheel skating move. 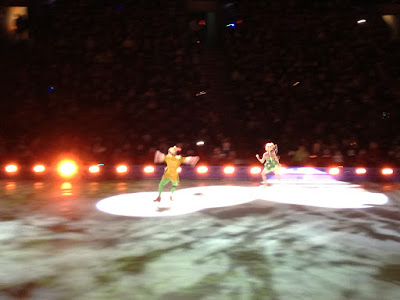 Tinkerbell and Peter Pan did some wire work. 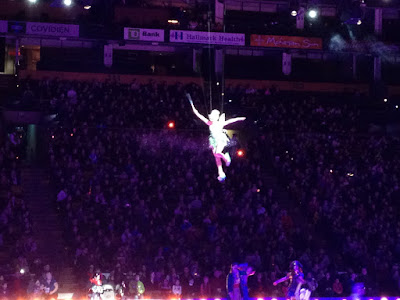 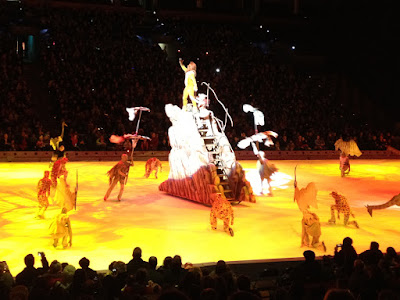 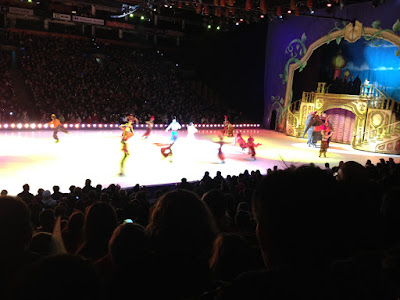 Aladdin had a Skating Elephant. 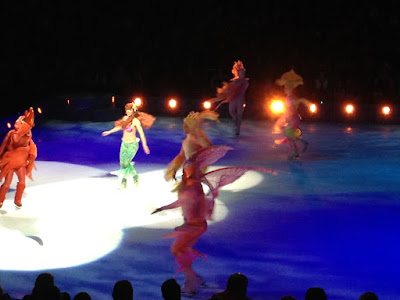 Ariel’s Under the Sea World was Neon 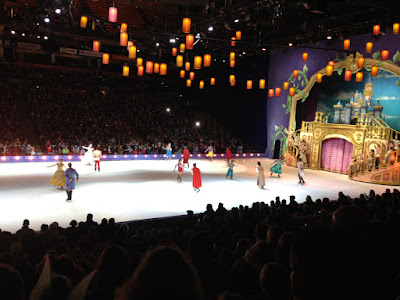 The Finale featured many of the Disney Princesses

One thought on “Disney on Ice: Treasure Trove”