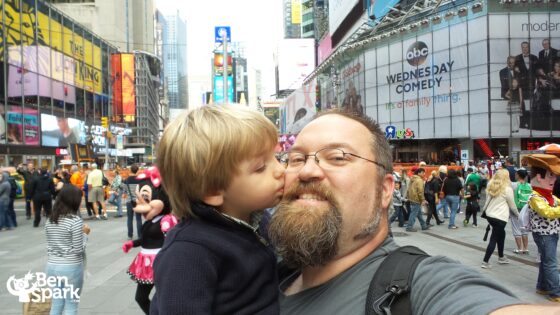 I am a die-hard Skylanders fan. I have been ever since I saw the game at my first Time to Play Holiday Showcase. I didn’t know what the game was about prior to that and it didn’t interest me. But when I saw it in action, things clicked and I couldn’t get enough of it. Playing Skylanders reawakened the excitement of video games that I had as a child. Couple that with my penchant for collecting toys, well a winning combination was born. I’ve indoctrinated Eva into this world of Skylanders and she enjoys playing. Recently, we have started involving Andrew into the game play. Basically I give him a remote and play battle mode with him so I can complete the individual character quests for the game. 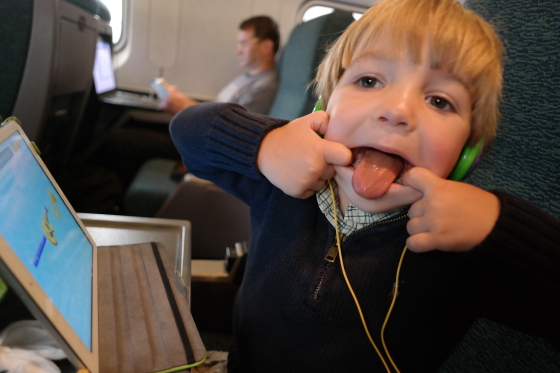 I was invited to go to New York City to do an after-school playdate at the James Hotel in Soho. There we were introduced to some of the newest revealed characters of Skylanders Trap Team (Which comes out on October 5th). We also got to play with toys and make cupcakes and I was able to interview Paul Reiche, the Studio Head for Toys for Bob. He was really nice and even played catch with Andrew as Andrew threw some of the decorations around. 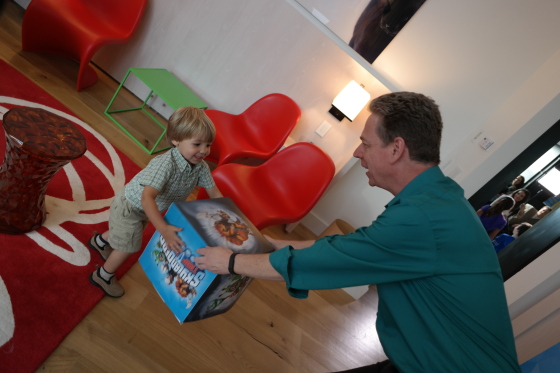 Andrew was great on the train From Providence to New York. He colored, used the iPad and fell asleep 20 minutes outside the city. He woke up when I had to transfer him off the train and then we hustled up to Toys R Us to meet with someone there. We were too late for an event but he had a nice little meeting and then we roamed around the store. We even did the giant Ferris Wheel together and that was fun. Andrew loved being up so high. 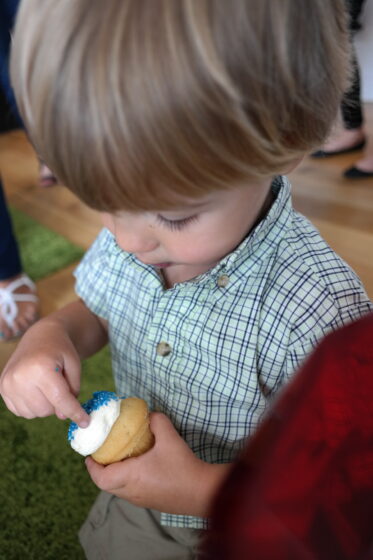 We went down to the event on the subway. He was less sure about the subway and even though many nice people offered to give up their seats for him he wasn’t having it. So I balanced the stroller and Andrew and the backpack as we made our way through the subway lines. It was a quick trip and we were at our location in no time at all. 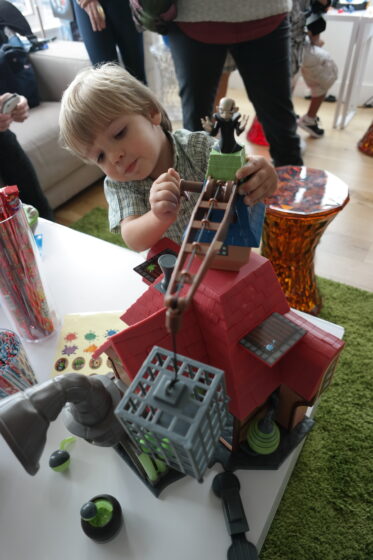 At the even I caught up with a couple of my friends, Adam and Mitch and their kids. Andrew played a little bit with Adam’s daughter and later when Adam saw my frustration at having to chase Andrew all over the place he pulled out his iPad and let Andrew watch Bubble Guppies with his daughter. I could then spend a few minutes actually checking out the game. And I cannot wait for the game to be released, it is going to be amazing and so much fun to play. I may have to implement my friend Jeff’s way of playing the game so that we can experience it together. 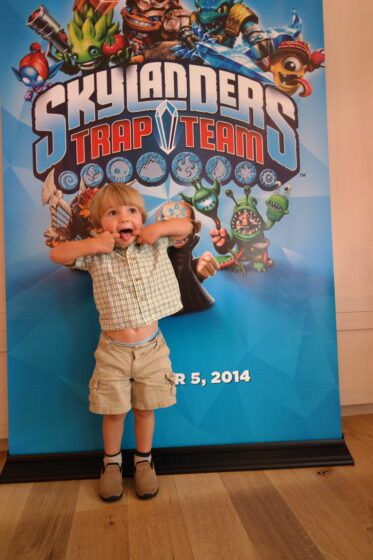 Our return trip was uneventful. Andrew fell asleep two minutes after pulling into Penn Station via the subway. He stayed asleep all the way home even through my changing him into pajamas. He was worn out.