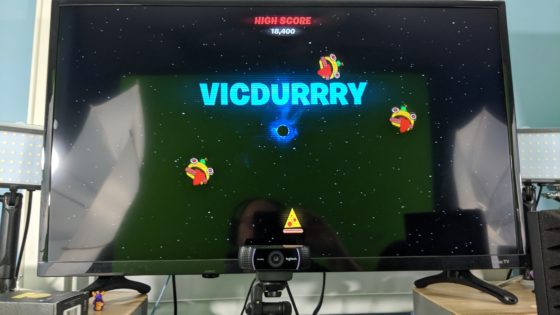 Today there was a Fortnite event. It was the end of season 10 and apparently the end of Fortnite as we know it. The event happened at 2pm and the interesting things happened in about 7 minutes then after that there was a black hole. The black hole just keeps going and going. So, no one can play Fortnite at this point. I’ve been hearing rumors that the game won’t be back up until Tuesday. I actually recorded a 4 hour video. However, I published a much shorter video that shows the event and then part of the black hole. Of course I did not even realize that there was a minigame that you could play while you waited. It was like space invaders but featured pizza and Durrburgers. The funny thing is that this was probably the game that Jonesy and Peely played when they were stuck in the bunker. It definitely was the game because they both have their names on the high scores.

When the 4 hour video posts I’ll add that here, too.