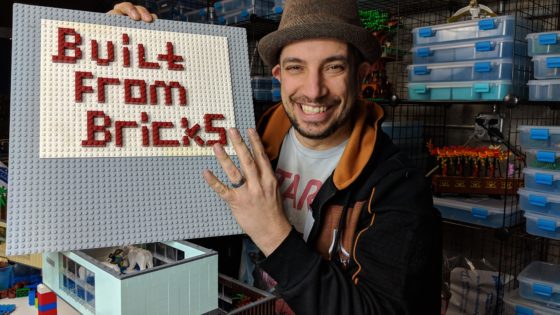 Today I went over to Brian’s house to film Built from Bricks. He told me that the show started four years ago. Maybe not Built from Bricks per se because the earliest episode of that was from June of that same year. But the prior iteration of the show call the B & S Show. sadly, Brian erased them all and took them off the YouTube Channel. Which is too bad because I was on one of those episodes.

I didn’t start working on the show until December 23, 2016. I recorded episodes, edited them, posted them up. I even began appearing in the episodes as well. At the time Brian and I were also filming SteamDads. That never really took off but filming Built from Bricks was much more fun. So, happy four years to Built from Bricks in whatever forms it has taken in that time.