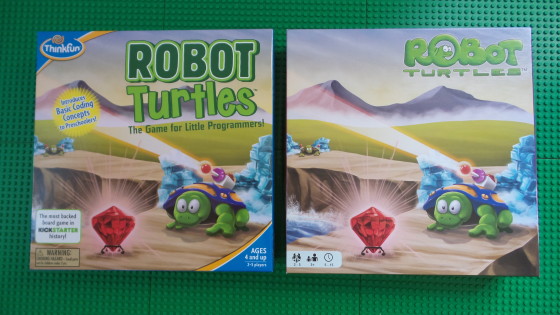 A while back I wrote a post over on the Cooper and Kid Blog about Robot Turtles. This is an adorable game that was created by a programmer who is also a father. He wanted to create a game that would help his kids learn how to code. So he came up with Robot Turtles. He got the game funded on Kickstater and then it was bought by Thinkfun. I received a copy of the Kickstarter version to do my initial review and then got the ThinkFun version to write about on this post and also to set up this giveaway.

The game is for ages 4 and up. Kids and parents are to play the game together where the kids set up the code to make the robot turtles move around the board and parents do the moving and also make sound effects. I am looking forward to Andrew being old enough to play the game so that we can play as a family. I may try him on it earlier if he shows interest. Eva certainly has been interested in the game. 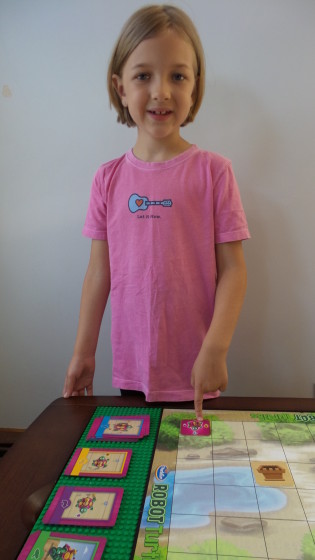 Would you like to win your own version of Robot Turtles please use the Rafflecopter box below.