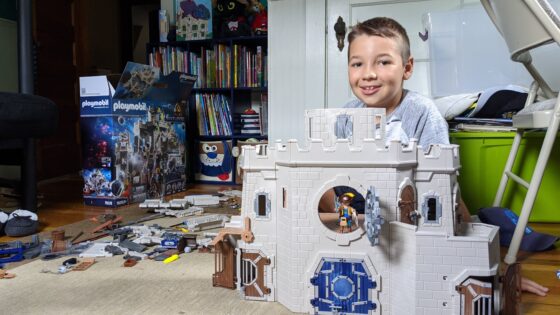 Playmobil has sent us their latest set in the Novelmore series for free to play with and review. Opinions are our own.

A giant castle has sprung up in Andy’s new room. The Grand Castle of Novelmore from Playmobil has completed construction today. This is the largest set to date that we have reviewed from Playmobil and it is amazing! For any kid who loves kings, knights, swords and castles this is perfect! It has a nearly three foot wide footprint and there are so many features! 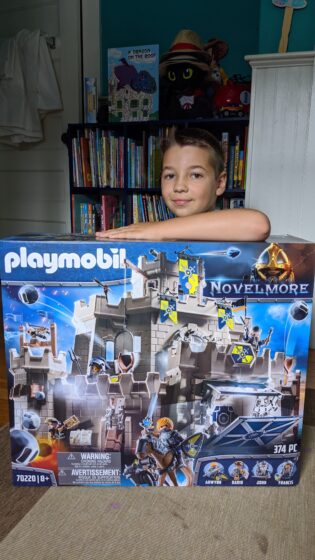 It took us a couple of hours to fully assemble the castle. There are many parts included, 374 to be exact. From a working drawbridge, to a bucket pulley system, firing crossbows and cannons to working catapults this castle will help your young adventurer defend the Novelmore King from the Burnham Raiders. There are also secret passages, trap doors and locking doors, several levels of play area, too. 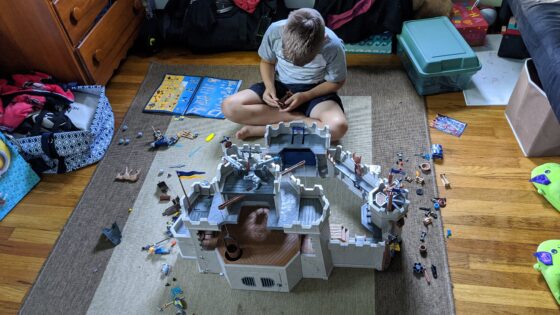 Once the castle was set assembled came the fun part, setting up all the additional pieces and the figures that were included. Novelmore has a storyline and the figures each have names and backstories. This set came with King John, Arwynn, Francis and Dario. Before we got started I read the information about the characters and I really like Dario because he’s obviously a nod to Leonardo Da Vinci. He’s a brilliant inventor and probably a battle strategist as well. Who else but Dario is going to outfit wolves with special gear so that they can transport messages to allies of the king? 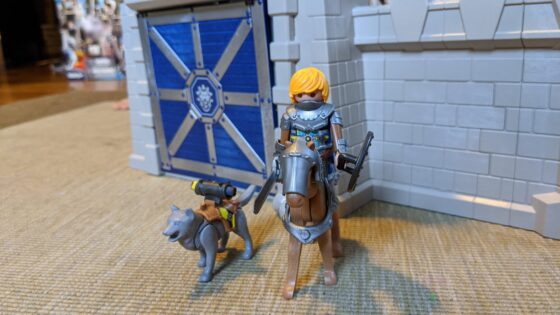 the Wolf figure has a saddle and a metal tube upon his back. Inside the tube is a rolled up parchment with battle plans. horse is also included with battle armor and Andy figured that Arwynn would be the rider. 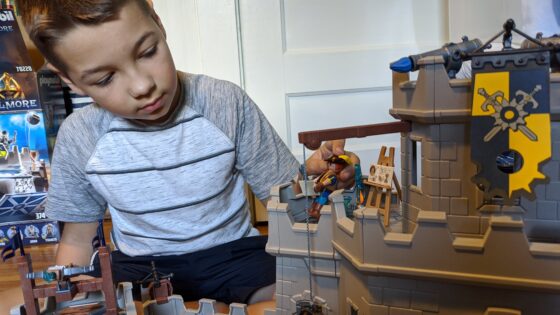 Dario is the one who captured Andy’s imagination the most. Dario is responsible for the cool features around the castle. The rtating crossbow that also drops rocks from the battlements. The dual catapults that also fire off rocks and the cannons that shoot water missiles (The Burnham Raiders deal in fire). It also looks like Dario has been crafting potions and more on the upper area of the castle. 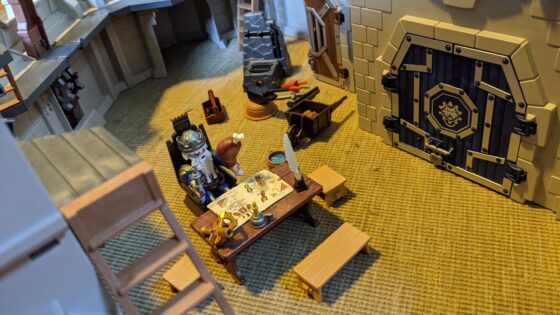 Down in the lower courtyard King John is enjoying a huge chunk of meat while looking over the battle plans. Items such as a sextant, quill and inkwell, candle, wheelbarrow, anvil and tools can also be seen. There is also a large chest full of gold coins hidden away on the second floor of the main castle. 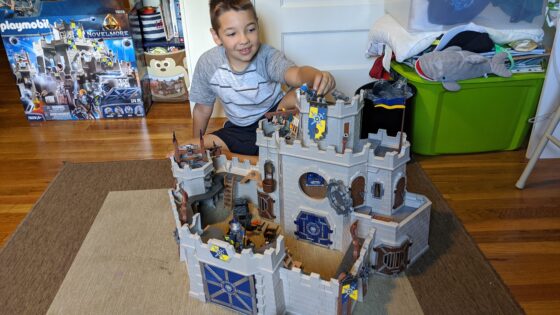 Hours of imaginative play are ahead with this set and there are so many more to choose from, plus different sets can be connected together. In fact you can connect the Grand Castle of Novelmore set #70220 with the Burnham Raiders Fortress set #70221 to make a huge castle! You can also order additional extension walls for each set and you are only limited by your space and imagination. 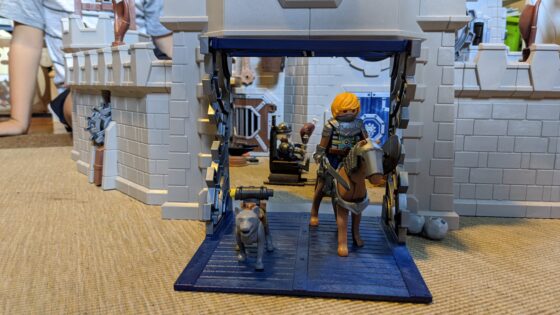 The drawbridge is a feature that fascinated me. Once assembled 4 parts of a gear (2 parts on each side of the bridge) work together to raise and lower the drawbridge. The movement is very smooth as well. Most parts went together easily and moving parts slide effortlessly. There was one time where I did not read the directions properly and put something in upside down and there was one piece that I missed that was near the beginning of the build, but other than that, pretty smooth sailing. 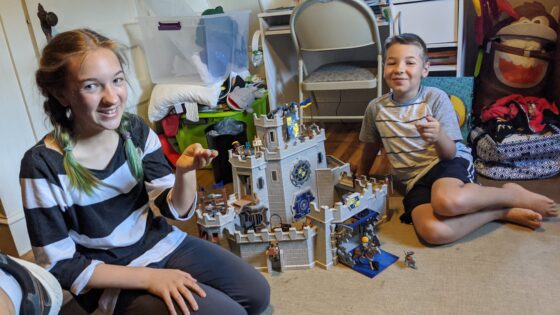 Once everything was fully assembled and set up Andy invited his sister to come and play with him, too. She loves fantasy and was excited to play along with her brother and come up with their won storylines. They even went and picked out some of their other Playmobil toys to add to the fun. The next thing I knew they had unicorns, dragons and and even a T-Rex.

There are several Novelmore sets and you can find them on the Playmobil website but also on Amazon.com. If you are so inclined to purchase them from Amazon.com please consider using our affiliate links below.

One thought on “Review: Playmobil – Grand Castle of Novelmore”