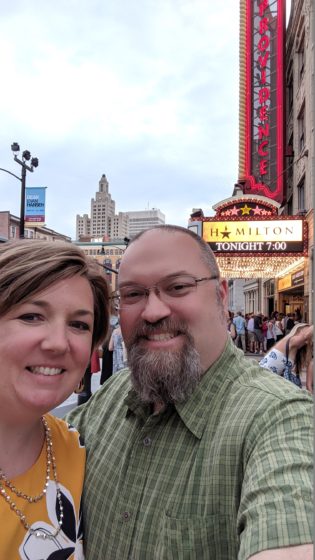 The night finally arrived. Allison has been waiting to see Hamilton in the theater for such a long time and tonight was the night. When she heard that Hamilton was coming to PPAC she asked if we can get tickets. I said sure and try to get tickets. She was successful. So, we had an early anniversary night out together to see a fantastic show.

Before we headed down to Providence we went over to The Mad Moose Saloon in North Attleboro for dinner. It was a very good meal. We started off with there special Saloon Style Calamari. It was some of the best I’ve ever had. 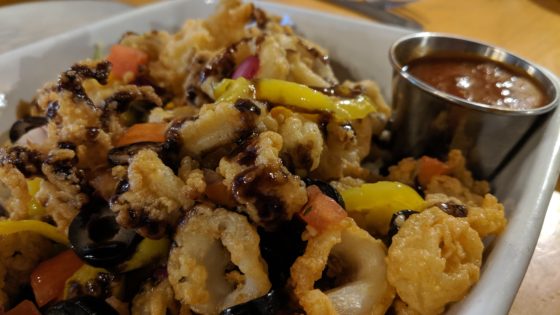 We had nice seats for the play. Allison was so excited for the play and she had been listening to everything Hamilton related for months. I wanted to go into the play pretty much cold. I had heard of one of the songs about throwing away one’s shot. It wasn’t until I listened to an audible book called Rivals! Frenemies who Changed the World. One chapter was dedicated to Alexander Hamilton and Aaron Burr. It was an interesting chapter and Throwing away a shot has to do with dueling. A Duelist could fire directly into the air and that would be throwing away one’s shot. Of course this is not what the song means but it is interesting as to where that came from. We listened to that chapter after the play. 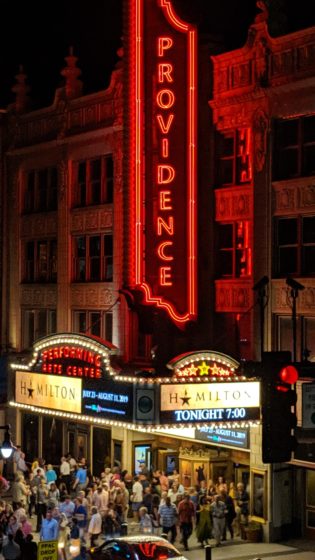 It was a very nice night.